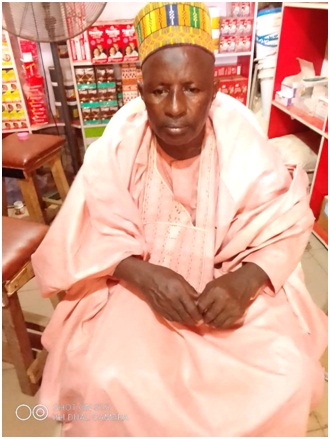 The only panacea to crime reduction in the country is for everybody, irrespective of their tribe, religion, status and position in the society to join hands with relevant security agencies to fight crime and criminality.

To this end, host communities, traditional rulers, religious leaders, heads of various communities, politicians and government must work together by passing useful information to appropriate security agencies to tackle violent crimes happening in the land.

The Chairman of Miyetti Allah in Ondo State, Alhaji Bello Garba, stated this while speaking with The Hope Metro on the current spate of insecurity, killings in most part of the country and how to tackle violent crimes especially kidnapping.

Miyetti Allah boss who noted there are many killings in most parts of the country, said kidnapping is becoming the most sophisticated crime that is taking a dangerous and worrisome dimension which requires urgent and tatical approach to tackle.

Garba who commended the initiative of the State Governor, Arakunrin Oluwarotimi Akeredolu over the formation of the state Security outfit, Amotekun Corps, said crime and criminality have been reduced to the barest minimum in the state, saying that they are solidly behind them.

He disclosed that, Amotekun has been able to check violent crimes such as kidnappings, armed robbery and other pockets of crimes in the state, adding that the Corps has further helped to strengthen the security of the state.

His words, “I must commend the efforts of the Governor and the Commander of the Amotekun Corps. And I wish other states in the country will take a cue from how Ondo State and other South West States are determined to protect their people.

“Fighting crime is the business of every everybody and should not be limited to security agencies alone.

“I am very happy with the manner Amotekun Corps have been proactive in checking the influx of some of our people from the Northern region into the State.

“We are working in collaboration with them and we are happy because peace is very important for the development of the state.

“We don’t want trouble here in the state. Look at what is happening in Zamfara State. So, I am pleased with the way Amotekun have been diligent and proactive in carrying out their job. And we are fully in support of their activities in the overall interest of peace and security of all and sundry,” he said.