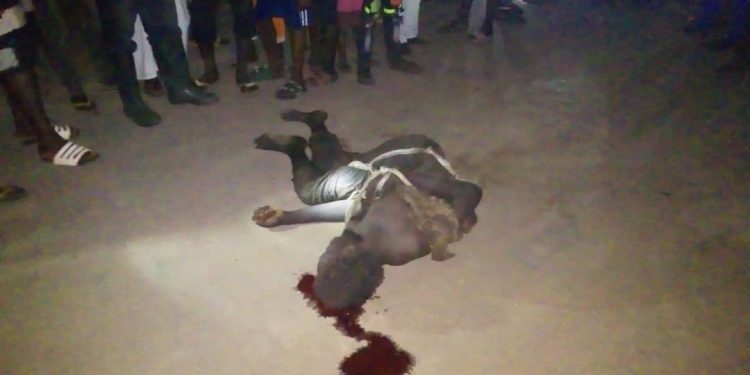 Pandemonium broke out at the late hours on Monday as a mentally ill man was allegedly killed by angry mob in Ore, the headquarters of Odigbo local government area of Ondo state.

It was gathered that he was killed for destroying all the Automated Teller Machines, ATMs in an old generational bank.

The incident according to an eyewitness happened around 7pm on Monday.

Our correspondent who visited the scene gathered that the lifeless mentally ill man was lying down on the floor as blood were gushing out of his head.

The scenario had caused panic in the area as residents gathered round the lifeless body of the mentally ill as at the time of filing this report.