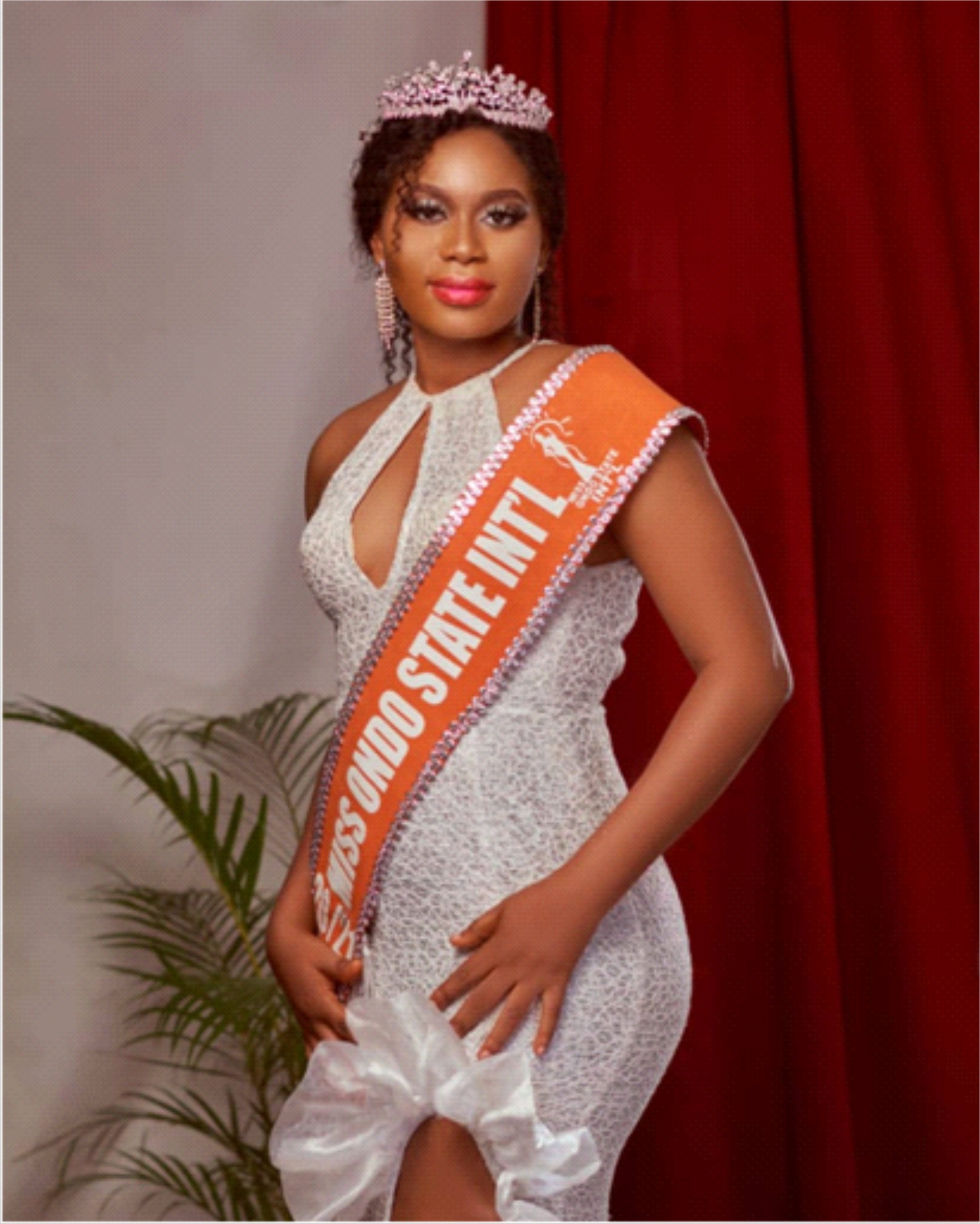 The current Miss Ondo, Akinde Ayomide Love, has said contrary to the notion some people have, models don’t have to be promiscuous to succeed.
She told Friday Extravaganza “If one knows what one is doing as a model, one doesn’t have to be promiscuous to achieve one’s goal.
“A model is supposed to be one that others can look up to. They should be role models.”
On the lessons she took away from her first experience in pageantry, the beauty queen said, “I learnt that sometimes, one needs to discover one’s ability, until one make a step forward that one can see what he/she could do. What it seems you are is not actually whom you are because I was just doing my thing and catching fun”.
“I just did what I could and unexpectedly, I won. Having achieved that feat, I felt I could do more and win greater ones”.
Speaking on her current projects, the current Miss Ondo said, “I have several projects and one of them is an educational project tagged, ‘Every child deserves to be in the Classroom’. It will take place across local governments in Ondo State to reach out to students by giving them scholarships and school materials such as textbooks, notebooks, sandals and bags.
“I would like to be of help in my own little way and I have actually said to myself before coming for this contest that if I am able to win, I will speak for the people because I always wanted to be people’s voice”.
She urged all her colleagues that they should keep striving, because sometimes it might just be the first attempt but when they keep trying they will surely get there.
According to her, ladies should believe in their self, saying there is always sense in every nonsense and there’s always ability in every disability.