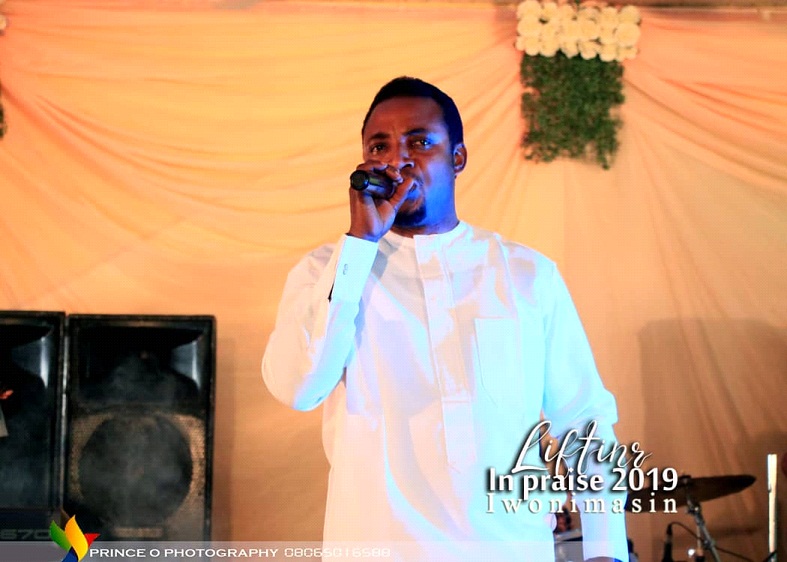 It was a unique performance when Evangelist Glorious Adebayo and his Unique Glory music world band led some of his fans and colleagues in the gospel music industry to offer praises to God in different styles in a concert last Sunday.
The Akure-based gospel artiste, packaged the three in-one praise concert to celebrate his birthday, 20th years anniversary and launch a new album titled, ‘Iwo lo to baba’.
The concert was held at the Covenant house, opposite Groovy hotel, Oke Ijebu, Akure, Ondo State and attended by eminent people in the society.
During the programme, people from different walks of life danced to Glorious’s song.
Glorious while speaking with Friday Extravangaza, said that his passion for music has afforded him the opportunity to dine with kings.
“I bless the name of God in my life, He has been faithful to me and my family to make me stand out among my equal.
“I love music right from my childhood and I cannot do without music, It has been part of me.
According to him, gospel of these days has turned to something else, saying it can never be compared with that of the past.
He identified his challenges as normal things to encounter while trying to be great in life.
Glorious said that his aim is to sanitise the country through his inspirational songs and to restore those people that have gone astray back to God.
He revealed that he has been able to produce ten albums since he has been singing and appreciated God who made the programme a success and everyone that witnessed the occasion.
He noted that he received inspiration, directly from the Lord through hearing His voice and whenever he prayed. He said he hears God’s voice especially when laying his hand on the keyboard.
He urged all gospel musicians to make God their priority and allow holy spirit to lead them.
Other guests at the concert included Pastor Dare Adekunle, Prophet Sam Olu Alo, represented by Mr Ogundeji, Deacon and Mrs Ajayi
Prophet Gbenga Akinbiyi and Mother in Israel Olakiitan Omobomi