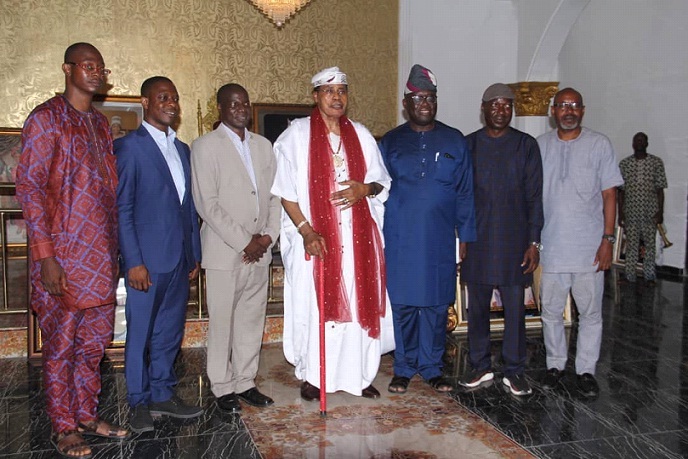 The paramount ruler of Ugbo Land and Chancellor of Olusegun Agagu University of Science and Technology, Okitipupa, Oba Dr. Fredrick Akinruntan, has assured the Vice-Chancellor of OAUSTECH of his support to actualize the vision of developing a blue economy for the coastal region.

Oba Akinruntan gave the assurance while receiving the Vice Chancellor, Professor Ologunorisa in his palace  as part of his familiarization tour of the institution and its environment.

The monarch commended the Professor of Climate Science for presenting his agenda to move the University forward, saying he would do every necessary thing to ensure Prof. Ologunorisa succeeds in his dream.

He assured that he would consider his proposal for establishing a campus to house the proposed School of Maritime Transport and Logistic in Ilaje Local Government in order to develop the area.

Earlier, Professor Ologunorisa had unveiled his plans to develop the blue economy to the Deans and Directors of the institution.

“As a university located in the coastal region, I will tap into the comparative advantage of the University by offering courses in maritime transport and logistics to give the University an edge over others.”

He asserted that he had made contacts with the Vice President of Kingston University in Jamaica to pursue an MOU which OAUSTECH had signed with the institution but abandoned to facilitate an exchange programme between the two institutions in running maritime courses.