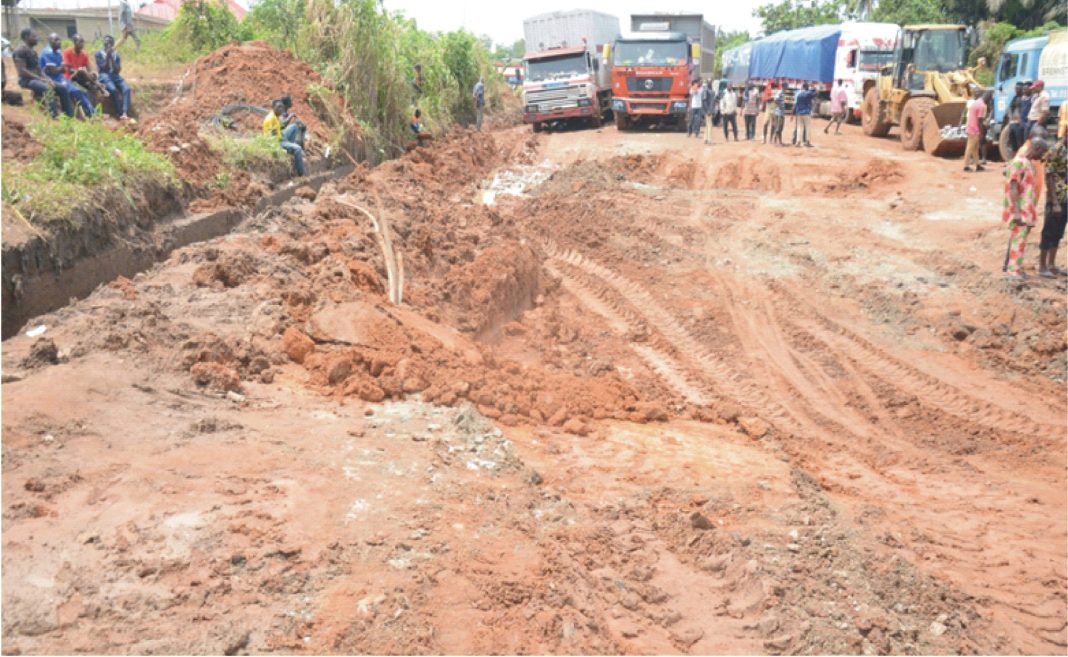 Residents of Eleyowo community, a town in Akure North Local Government area of Ondo State have expressed displeasure over the deplorable State of the Akure/Owo express road.

The road linking the State capital and Owo has become a death trap as a result of incessant heavy down pour and flood.

One of the drivers plying the ever busy road who narrated his ordeal to The Hope expressed disappointment over the abandonment of the road by the Federal Government.

“We are really tired of venting grievances because ever since nothing meaningful has come out of it.

Another commuter within the Eleyowo Community said “with the way vehicles were plying the community in recent times, the government has exposed us to serious danger, this is quite unfair and a great dis service to humanity.”

In his own words, the Olu of Eleyowo, Oba Agunbiade Adesina appealed to the government to come to their rescue by finding immediate solution to the problem, stressing that the community was at greater risk.

“We are very much aware of the efforts of the government in making Ondo State habitable for its citizens. All we are saying is that there is more to be done particularly on road.

“It has become impassible for motorists, they have diverted to Eleyowo Community and this poses a great danger to the community. I have instructed the youth not to block the road but allow them to pass, this is not convenient for us, the government should please rescue us.”

Also speaking, the Olisa of the community, Eso Ojo said the government should not wait until there will be accident before savaging the situation.

“Several vehicles including heavy duty trailers have been plying this road for couple of days, it is getting worse on daily basis. We plead with the government not to wait till when there will be accident in Eleyowo community before this situation is put under control.”

For some days, motorists have been forced to divert to Eleyowo to avoid the bad portion on the Akure/Owo Express road.