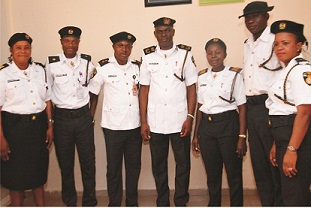 By Fatima Muraina
|
Drivers and Riders have been urged to be safety concious in their operations during this Yuletide period.

The Special Adviser to Ondo State Governor on Transport, Mr Tobi Ogunleye gave the advice while flagging off and unveiling the ‘Ember’ month campaign yesterday in Akure.

He said the beauty of driving is to arrive at ones’ destination safe saying that there is no difference between January and December .

He urged people not to attach any mystery to the ember months as he called on those who want to make more money during the period to be safety conscious.

He charged all uniform personnel to adhere strictly to the driving rules rather than performing their duties with the believe that they are above the law.

He mentioned the military officers, Police , Vehicle Inspection Officers and particularly Customs officers who he said should operate effectively at the borders.

Ogunleye, who described the Vehicle Inspection Office as a distinguished profession charged them to do their job deligently and avoid any form of compromise.

Earlier, the acting Permanent Secretary of the Ministry, Mr Akinbamidele Akinnagbe urged everybody to be courteous of their environment and to take more caution while on the road.

Ember months, he said should not be seen as special but like every other months in the year .

A road show from the Transport Ministry  to the VIO office was carried out to add glamour to the event as pamphlets and flyers were distributed to road users.