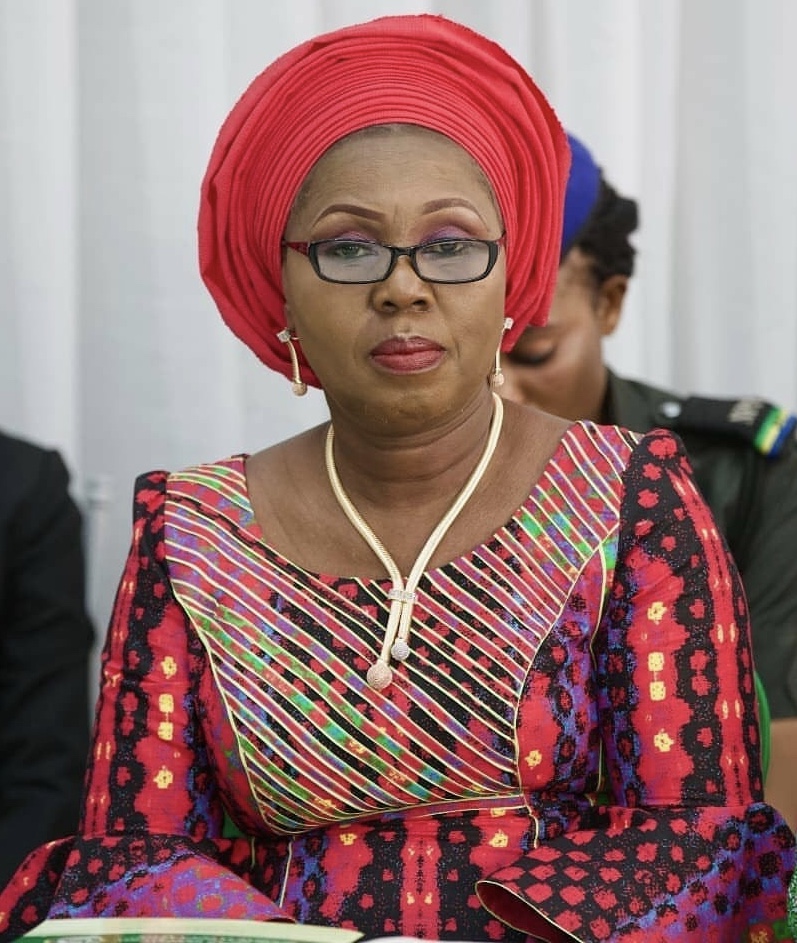 By Maria Famakinwa
|
The wife of Ondo State Governor and founder of BEMORE Empowered Foundation, Mrs Betty Anyanwu-Akeredolu has revealed that all inclusive capacity building in renewable alternative has been identified as one of the quickest, cheapest and best way of tackling the nation’s power problem.

She disclosed this in Abuja at the 8th edition of the Nigeria Alternative Energy Expo held at the Shehu Musa Yar’Adua Centre, Abuja.

Mrs Akeredolu who was the guest speaker at the event with the theme: “Liberating Economic Drive with Clean Energy,” lamented that despite the fact that Nigeria is blessed with abundant sunshine all year round, yet, the country has failed to utilize the opportunity but instead relied on the consumption of large quantity of fossil fuels, which according to her constitutes an enormous danger to the planet earth and all its inhabitants.

She however observed that progress is being made as solar energy is inching steadily towards becoming a dependable source of electricity. She enumerated the exploits made by her BEMORE Girls after a two-week comprehensive training, to include: building of solar oven for her school’s home economic practicals by Tolu Ehinmosan, installation of panels to power her home after two years of darkness by Marvelous Jegede, and those of Victoria, Grace, Rejoice and Sylvia all from Imo State, who jointly assisted in an installation work at Igolo Abiam Place in Owerri.

The First Lady called on all stakeholders in the sector to embrace all-inclusive capacity building for an assured future.

In his welcome address, the Chairman of Nigeria Alternative Energy Expo (NAEE), Dr Chidi Onuoha, said that NAEE is a platform where conglomerate of stakeholders in the energy sector, comprising of distribution companies, development partners, technical service providers, generating companies, regulating agencies, financing organisations, among others converge to ensure that Nigeria plunges into the new global paradigm: the green economy.

Dr Onuoha revealed that in their previous expo, they were able to raise several concerns such as the negative effect of Climate Change and the deficiency in energy infrastructure and expressed hope that it is receiving the attention of the development partners; as he called for more Government participation.

The event was rounded off at the dinner night where Mrs Akeredolu was honoured with the award of Community Initiative of the year in recognition of her energy -related innovative initiative in Ondo State and other parts of the country.

Presenting the award to her in Abuja, the organizers said that the Nigeria Energy Awards aim at promoting and recognizing achievements in the areas of green economy, sustainability and energy efficiency. They added further that the purpose of the award is to enable others know the importance of saving our planet, as part of an ongoing commitment to encourage Green initiatives and investments in Nigeria.

According to the organizers’ statement,  “Nigeria Alternative Energy Expo, in conjunction with Africa Sustainable Energy Association and sponsors, host the award ceremony in celebration and recognition of the achievements of individuals, organizations, academia, corporate sectors and Governments, in the areas of commercial, industrial, residential community engagement, media, governance, energy efficiency awareness, innovation, and technical.”

Receiving the award, Mrs Akeredolu thanked the organizers for the honour and pledged to continue with the good work.

Other awards won by the BEMORE family include; Women in Energy Award category which goes to Damilola Asaleye of Ashdam Solar, a technical partner of BEMORE Empowered Foundation, Young Energy Professional of the Year category was won by Glory Oguegbu.

The award dinner night had in attendance captains of industries, energy development partners and other stakeholders in the energy sector.