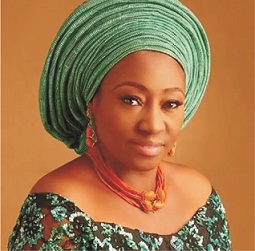 From Victor Akinkuolie, Ado-Ekiti
|
The First Lady of Ekiti State, Erelu Bisi Fayemi has reiterated her call on government to declare a state of emergency on sexual violence in the country.

Mrs Fayemi said such declaration would bring about the political will to fight the scourge, adding that states that had passed the law on Violence Against Persons Prohibition Act would be able to implement it to the fullest.

The wife of the Governor who stated this in her keynote address at the 20th anniversary of Project Alert on Violence Against Women in Lagos,  said the passage of the VAPP law would lend support to the array of women organizations that work in very remote hard- to -reach areas.

“We do need resources to push these issues through but we need the political will to drive the allocation of those resources. I will like to lend my voice to the voice of all the feminist organizations, human rights and civil society organizations in the country, calling for more attention to what has now become a national pandemic of gender-based violence, particularly sexual violence.

“In my own opinion, I believe we need the State of Emergency in Nigeria on sexual violence in particular. I think we need to call for more political will and that will hopefully drive things such as ensuring that those States who have passed the VAPP Act can implement it to the fullest, at least try their best.