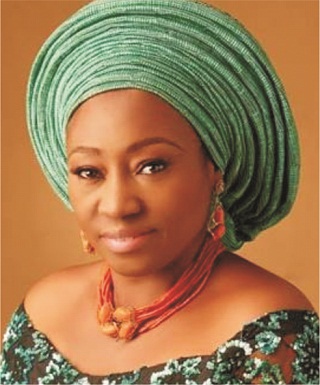 From Victor Akinkuolie, Ado-Ekiti
|
The wife of the Ekiti State Governor, Erelu Bisi Fayemi has called for community engagement by relevant stakeholders to end human trafficking in the country.

Erelu Fayemi who made the call while delivering a key note address at the 2019 FIDA Ekiti Law Week in Ado said all hands must be on deck to end the menace in our society.

Speaking on the theme of the Law Week, “Human Trafficking: A menace to socio-economic Development of the society”, Mrs Fayemi described human trafficking as the greatest security challenge facing the country.

The Ekiti First Lady noted that the state has one of the best gender friendly policies and laws in country which was aimed at curbing human trafficking among other social menace.

She expressed dismay over recorded cases of human trafficking in the state, saying relevant stakeholders must be up and doing to end the menace.

Erelu Fayemi also noted that there must be continuity in the implementation of existing laws in the state to end human trafficking and other societal injustice.

She assured FIDA of government assistance as they are critical stakeholders in ending human trafficking.

Earlier, the commissioner for Justice Ekiti State, Mr. Olawale Fapohunda said the ministry had begun a holistic review of the Laws of the state to meet the current realities.