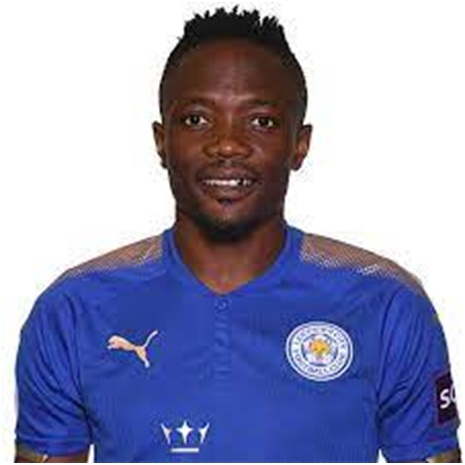 Super Eagles captain, Ahmed Musa has expressed discontent over the event that overshadowed the Nigeria Professional Football League match between Kano Pillars and Akwa United on match day 27.
He said lot still needs to be done to keep Nigerian football growing.
The former Leicester City star disclosed this in the wake of the abandonment of the NPFL encounter between Nigeria Professional Football League encounter between Sai Masu Gida and Akwa United on Sunday.
Fans invaded the Ahmadu Bello Stadium in an attempt to assault the referee and his assistant after they ruled out a goal scored by Nwagua Nyiwa for Pillars in the closing stages of the top-of-the-table clash.
The pitch invasion prompted both teams to walk off the pitch as they sought safety in the dressing room.
Nevertheless, the game was concluded next morning and it ended in a 0-0 draw.
Musa expressed his displeasure over the “disheartening” episode, while calling on all stakeholders to wake up to their responsibilities.
“It is disheartening to write this but unfortunately, it has to be said. In a bid to be patriotic or represent our home country, some of us decided to play for the league with pleasure,” he wrote on Instagram.
“In as much as I commend officials who handle games in the leagues across Nigeria, it is imperative to add that a lot still needs to be done to keep our football growing to the heights it deserves.
“There are a lot of areas that need to be worked on so that players can be at their optimal best and play football as it should be in accordance with the laws of the game where fair play is enshrined by all and sundry.
“It is time every stakeholder is involved and with pure intent, to keep raising the level of the game. That is the mindset and the vision I had when I decided to come back home and play.
“Despite what I have seen, I am encouraged to believe that this is achievable if we put our minds to it.
“There are a lot of players like me who want to come back home and play in the league and I am sure they are watching as everything unfolds with rapt attention.
“I would like to state categorically that we are patriotic and will relish to come back and contribute our quota but the needful has to be done by all parties to improve the competency and fairness of the management of the game by those saddle with the responsibility to do so.
“The time for action is now. To the fans, I want to implore you to obey the law at all times especially in these dire times we are occasioned by the Covid-19 pandemic.
Kano Pillars – who are just one point behind leaders Akwa United – would be aiming to return to winning ways when they travel to Jigawa Golden Stars on June 20.