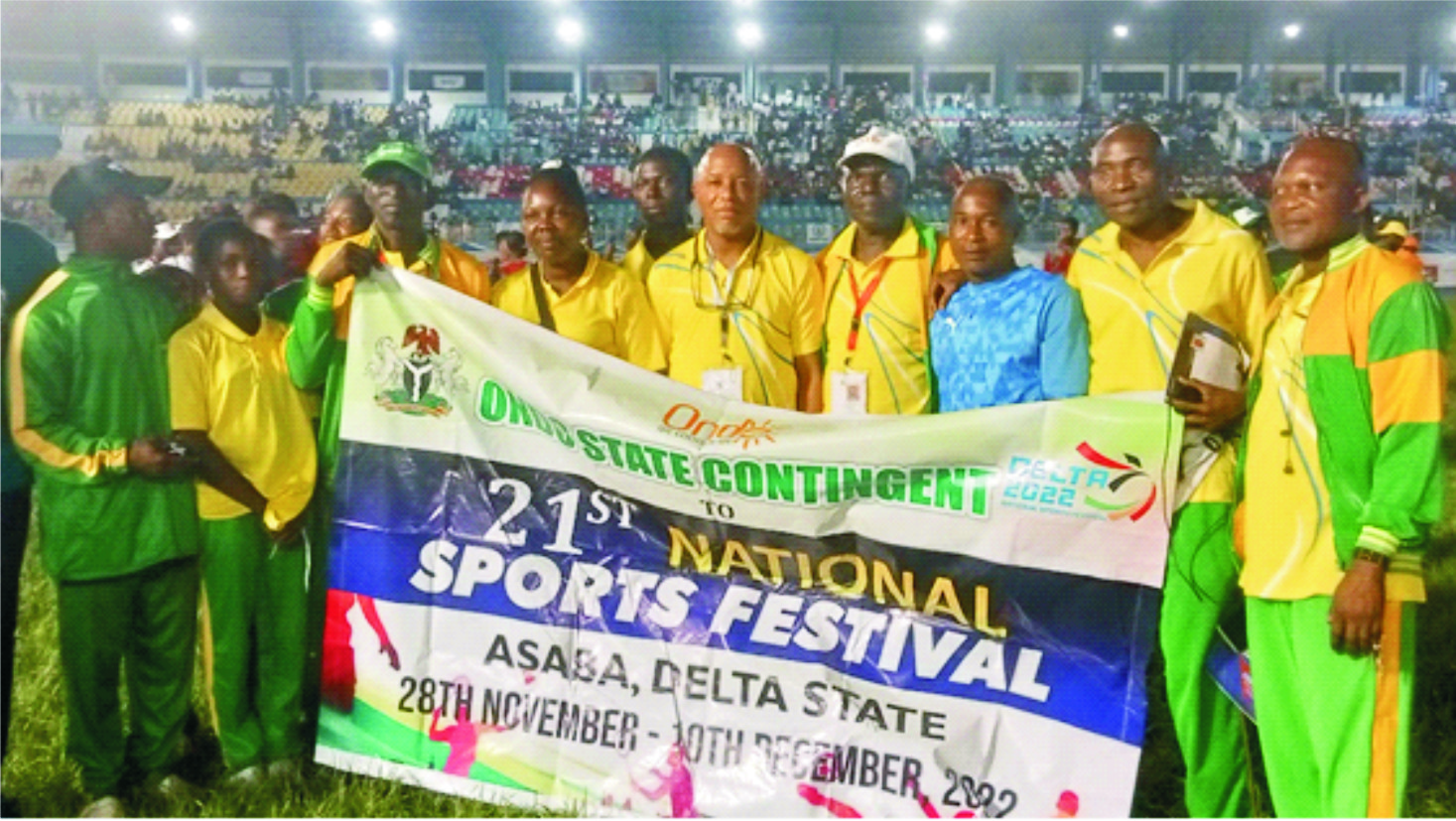 The feat recorded by the duo of Musibau Adebisi and Opeyemi Oke at the just concluded 21st National Sports Festival (NSF): tagged Asaba 2022 was a result of hard work, Deputy Director of coaching at the Ondo State Sports Council, Coach Stephen Adesanya Ilesanmi has said.

Musibau Adebisi and Opeyemi Oke had won gold and silver medals in a star studded 200 and 400 metres at the national fiesta.

Ilesanmi said he never thought the duo could mount the medals podium, less of winning gold and silver in their respective race, with the array of stars on the track with them.

The coach in a chat with Sporting Hope added that the future is bright for the duo, saying they are going to rule the world if they could maintain their pace.

He added that “with Musibau Adebisi returning 20.54 in his heat and eventual 20.85 he raced in the final, I’m convinced something bigger is head of him, he will shake the world”, he said.

On the 26 years old record broke by Musibau Adebisi, the coach explained that before the record would be ascribed to him in line with Athletics Federal of Nigeria (AFN) rules, a doping test were supposed to have conducted on him before 24hours.

He advised the sprinter to be focused on his training, saying the sky would be his starting point.

The coach said the national sports festival 400 silver medalist, Opeyemi Oke has great potential in athletics, saying she did Nigeria proud at World Junior Nairobi Kenya early this year with two gold medals to her name.

He said: “Opeyemi Oke is the best quarter Miller we currently have in Nigeria.”

The 2022 NSF silver medalist, said she thanked God for the grace to get going in her career, saying it was the mercy of God that saw her through in the 200metres that was full of stars.

“I had lost hope in the final, seeing stars within and outside the country on same track with me, but my coaches and other well wishers encouraged me, that I can do it , which I did in a miraculous way,” she said.