My daughter only sleeps, not dead 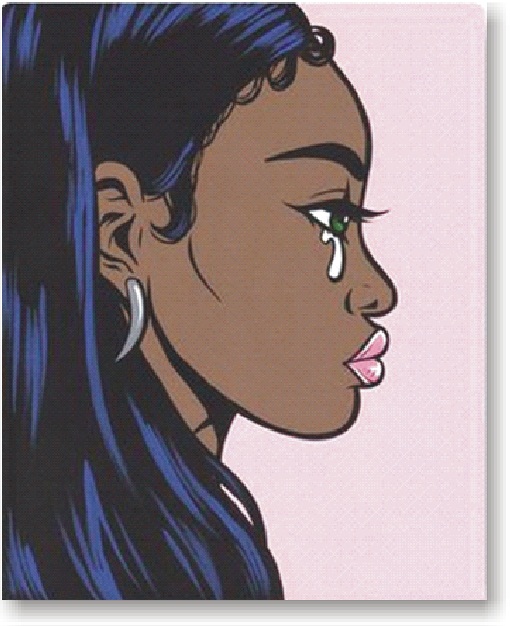 T  o many, the death of a child is a breaking point; a grief that most parents never totally recover from.

As a young girl of twenty years gives up the ghost after a protected illness, the mother has assured residents that came to sympathize with the family that her daughter was not dead but only sleeps.

Her mother had informed about selected few residents close to her family that she had passed on that serene Sunday morning. There was no wailing. The atmosphere was very calm hence many had no inkling of what happened. She believed that there was no need crying over someone that only sleeps and would wake up one day.

It was almost like a drama when some of their family members arrived in a bus. Some of them had begun to bawl loudly “yee! What kind of life is this? A girl that should have been preparing for marriage in a few years time……!”

The mother who was inside while they arrived came out of the house on hearing the commotion.

She confronted the bawling sympathizers “yes? What is it? What happened? Why are you coming here to shout and cry? Nothing has happened to us. Please it is either you control your selves or you leave this premises”.

The women who were mostly members of her husband’s family were puzzled at her words. One of them asked her “is it not true then that our daughter died? ”

She told them with a raised voice ” No one has died in my house. You can find where you are looking for further down. As for me, my daughter is only sleeping, she is not dead”.

Silence greeted her declaration as the women wisely held their peace while wondering about her sanity. Indeed, other residents too wondered at her sanity. She was a beehive of activities as she instructed those that were preparing the corpse of the girl for burial.

She never shed a tear and none of those who came there dared to. Onlookers did not know how to act as they stood awkwardly in funny little groups discussing the sad development and the mother’s strange reactions.

They debated whether it would not be sensible to get the woman admitted to the hospital after the burial. They agreed that the stress of taking care of the girl until her death had taken a toll on the mother.

She was bedridden for almost a year and could not attend school. She would feel better today and collapse the next day. Many believe that the strange ailment was a spiritual attack.

She had no other symptoms but weakness of the body and she had wasted away in the whole year that she was bedridden until she gave up the ghost.

Hence they argued that the stress and the grief had gone to the mother’s brain and caused a damage.

However there was no one brave enough to broach the idea of getting a medical help to her. They called her husband aside and asked him to make her go to the hospital but he refused to be embroiled in any further problem.

Unknown to them, the mother had laid the cause of their daughter’s death at their door. The poor and hapless husband had been the one bearing the brunt for a long time and he simply wanted to be excused now that the inevitable had happened.

The girl was laid to rest on that Sunday morning and people soon dispersed as the woman urged to leave so that they could all go to church. No one could preach to her as she told anyone that would listen that they would see her again on the resurrection morning.

Sympathizers kept exchanging strange glances among themselves. After a week, life returned to normal and the family even reopened their shop.

It was a week after this that the landlords association on the lane in their own wisdom decided to pay the family a condolence visit. They had risen enmasse from their monthly meeting and moved to the house of the bereaved ostensibly to pray for them.

As the woman saw them gathering in front of the house like soldier ants and realized their intentions. She flew at them “yes? What is this? Why are you gathering solemnly in front of my house? ”

They answered that they came to sympathize with the family over the death of their child.

She chased them out “nothing has happened to us, please leave our compound these minute. Nobody has died here”

They were terribly embarrassed and they left quietly as they came.

Although residents believe that the mother was being too confrontational but they have come to realize that she simply does not want to be dragged down and they will have to respect her wishes.

Youths and lure of wealth

Man in coma after fight with female neighbour