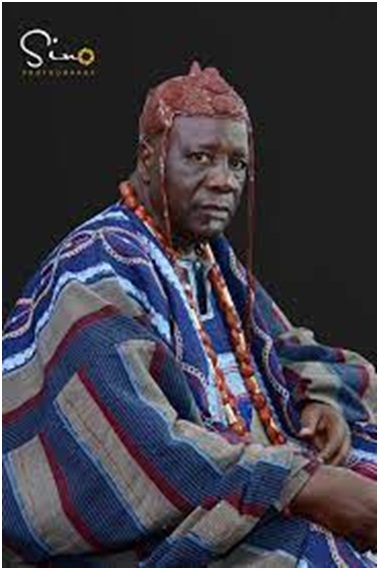 In what seems as an answer to their age-long prayer, the Oloba Oodaye of Oba-Ile, in Akure North Local Government, Oba Joseph Oluwadare Agunbiade has appreciated God for his elevation to Grade A in his life time, despite his reign of over 35 years on the throne.

Oba Agunbiade, thanked the Governor, Arakunrin Oluwarotimi Akeredolu for succouring the people of Oba ile who have been yearning for the elevation over the years.

The mood within the town and the palace was that of happiness and excitement as both the king and the chiefs were rejoicing for the upgrade of the monarch.

The grade ‘A’ monarch said ”achieving the feat was by the grace of God who used the present government for Oba- Ile positively.

“I remember when I had interview in 1984 concerning the development of Oba Ile on how to go about it, today, it has become a reality, saying” I have received more than 40 congratulatory phone calls both at home and in diaspora.

Agunbiade said the community has witnessed tremendous achievements in his reign through hard work and efforts of all stakeholders and one of such is the construction of the new ultra modern befitting palace.

The monarch who commended Governor Akeredolu in the area of Infrastructural projects like; road constructions, street lights among others called for more.

He solicited for more support from the chiefs and the entire community so as to allow for more developmental projects from the government.