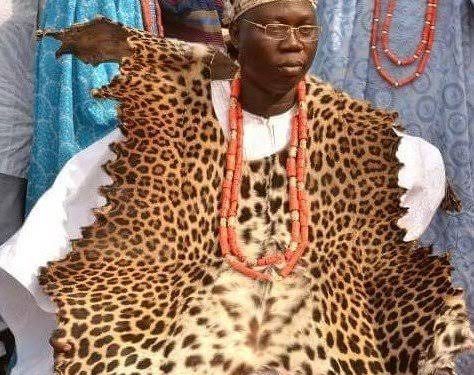 The Aare Ona Kakanfo of Yorubaland, Gani Adams, on Saturday, disclosed that his emergence as the generalissimo led to the formation of Western Nigeria Security Network, WNSN, codenamed Operation Amotekun.

Speaking at his 5th anniversary as the Aare Ona Kakanfo of Yorubaland, in Lagos, Adams seized the occasion to disclose his achievements as a protector of Yoruba interests.

He said: “My antecedent as a promoter of culture when I became Aare Ona Kakanfo of Yorubaland five years ago, hasn’t stopped.

“The other thing is the issue of response to things that pertain to Yourubaland, in my own little way, I always respond to anything that affects the land, even Nigeria as a whole.

“At the same time, I have maintained good relationships with all the groups to which I belong. I will use this opportunity to let everyone including the royal fathers know that we have a lot programmes in our calendar that we would achieve together.

“I also use this opportunity to thank the gentlemen of the press for their support and effort during my reign as Aare Ona Kakanfo of Yorubaland and I thank all the leaders.”

On his part, Professor Akin Alao from Department of History, Obafemi Awolowo University, OAU, who presented a book centred on the history of Aare Ona Kakanfo in Yorubaland, said the peculiarity of Adams’ appointment makes him unique.

“When Alaafin Adeyemi decided to appoint him, he was being futuristic because Alaafin Adeyemi believed that Yorubaland must come under one umbrella irrespective of our various sub-ethnic groups.

“He found in him the right person. He looked at his CV, his contributions to Yoruba society and the depth of his conviction about the best interest of Yorubaland. That was why he did not go by popular demand, he decided to pick somebody who had established himself as a protector of Yorubaland in consonance with the best ideals and conditions of that office, adding that “we will be deceiving ourselves if we say there are no wars. We have different definitions of warfare, we are in the stage of intellectual warfare, ideological warfare and socio-economic emancipation of the Yoruba race.

“So, the choice of Adams could be as a result of his previous exploits as somebody who could bring people from diverse backgrounds together and from a formidable opposition to whatever is against the interest of Yorubaland.”