My ex-convict fiancé lured me into hemp biz -Bar maid 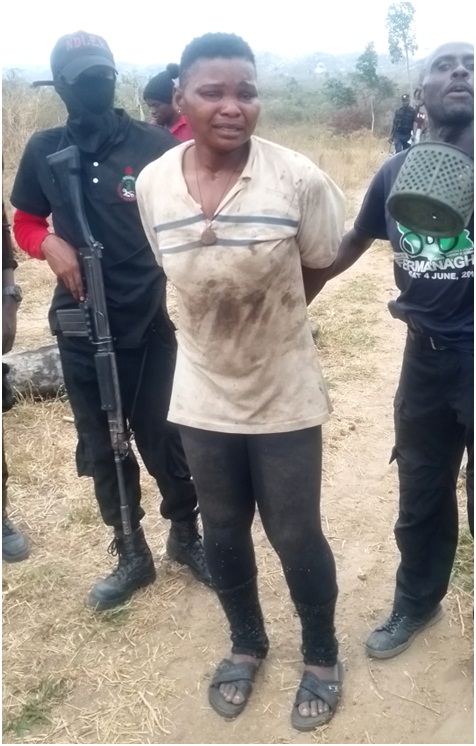 A 31-year-old bar maid, Mary Donejay, who claimed to be a finance to an ex-convict, Henry Daniel, has been arrested by men of the Nigerian Drug Law Enforcement Agency (NDLEA), Ondo State Command.

She was arrested during the just concluded Operation ‘ABUB’ for cultivating 10 hectares of Cannabis farmland weighting 16.5kg, Cannabis Sativa of 4.5kg and having in possession, bags of dry weed in Ogbese forest reserve of the state.

The operation which was said to be first of its kind, recorded many of arrests which included the bar maid who was promised marriage and was working at the Cannabis farm with her fiancee.

Donejay, who spoke with The Hope Metro said, “I met Henry  Daniel in Oba-ile where I was working in a restaurant. He proposed to me after some months of dating him. I was really hopeful for a blissful marital life.

“He told me that he was an ex-convict that deals in ‘Igbo’, business. He told me to join him to harvest of cannabis set together and get married, promising, that he will open a provision shop for me and as a Senior Secondary School 2 drop out, I saw it as a good deal for me.

“The idea made me happy because I have two children from another man who are with my mother at the moment. All I do for Daniel is to cook here in the forest.

“We were informed that the NDLEA guys were around. But before I could run away, they had already rounded me up, but my fiancee bolted leaving me behind.

“I have seen him selling Cannabis to people on two occasions, but I never asked how much he sold the stuff,” she explained.

In an interview with the NDLEA Deputy Director in charge of Strike Force at the scene of the crime, he said, “We found her on a quarterly harvested 10 hectares of Cannabis farm land at Ogbese Government forest reserve with 16.5kg of Cannabis Sativa.

“All the suspects will be charged to court after investigation has been carried out,” he started.