‘My father against my music career’ 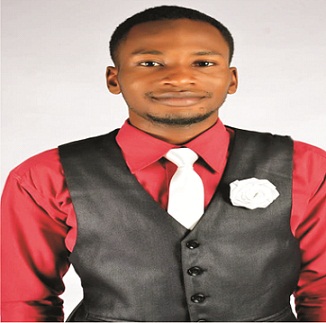 ‘My father  against my music career’

By Itunu Oloyede
|
An Akure based gospel singer, Michael Olatunji Daramola popularly known as Minister Michael has said that he prefer music than any other career because music is everything to him.

The artiste during an interview with Friday Extravaganza said he has always had the  conviction  that he is going to be a singer and he is going to make a name out of singing.

Michael who hails from Ayobo, Alimosho Local Government, Lagos State, said that he went  into music due to his talent and the passion he has for it.

“My father  was not in support of  me dabbling  into music. He  believe that music is not a career and that singers does not make a living from singing.

“I have been singing since my childhood. Music has been an escape route for me whenever am feeling depressed. I had a wrong idea about music when I was younger.  I though music should be used to satisfy one’s pleasure. I later realized some things about music that changed my mentality.

The  final year student of Political Science from National Open University of Nigeria, Akure Study Centre, noted that his father did not like the idea of him becoming a singer.

“I could remember back then when I composed some songs and wrote it down in an exercise book. My dad picked the book and burnt it even if I re-write the song and try to keep the book, my dad will find means to look for the book to burn. Well, my mum was sitting on the fence but I had a strong faith that one day people will see God through me”.

The artiste  added that music should be done to the glory of God who gave one the talent to sing. “One is given a talent which must not be buried or driven by any reason and music must be done whole heartedly.

“I can sing for many hours and I won’t get tired, I believe it is not what I have to sing but what God has to say. has never been dried  my brain will be dry up of songs”.

Michael explained the challenges he faced when he started singing these include stage fright.

“There is a difference between you singing in your bathroom or kitchen perhaps one or two people complimented you and when singing on a stage where a lot of people are.

“Actually, my stage fright lasted for two weeks and instead of having stage fright, my voice will just be cracky when am on stage I won’t be able to hit the pitch I wanted and it lasted for years.

“It got to a point where I had to sing a very funny song which my brothers use to mimic me for some weeks, though it actually make me know my flaws.

“I only have a mentor which is God, He is the only one I look and am still looking up to it might sound weird or makes you think am pompous”.

He mentioned his role models to include; Tim Godfrey, Tye tribett, Kierra Sheard and Travis Green.

“Apart from Tim Godfrey, my role models are not Nigerian and it does not matter where these people are in the world, I love them because they are musically oriented”.

He urged upcoming artistes to keep on believing and never lose focus. They should get the concept of humility and be careful of the people they walk and work with. Human have power to influence each other.

Also he noted that parents should always encourage and support their children to do good things.

In his words, Try to listen to professionals and learn from people who are better than you. You do not have to be the boss to become good.

“Do not walk with bad minded people and do not work with people who does not have same vision like yours.

“Remember no one goes higher or move forward without the presence of God so, pray until something happen and never give up”,  he added.