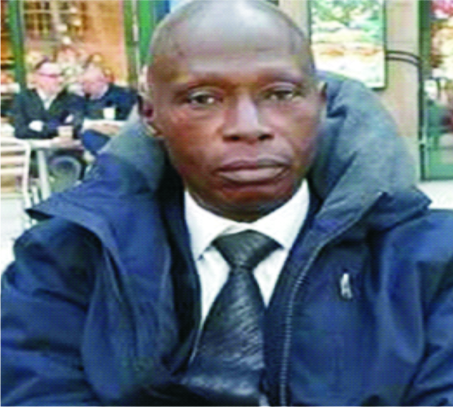 From Martin Fasusi, Okitipupa
|
The only surviving daughter  of the late Magistrate of Okitipupa Magistrate Court division, Adebanji  Ayeomoni who died in a tanker inferno in Edo  State recently,  Miss. Oluwatokesi Ayeomoni has  narrated  her  father’s last moment, describing him as a kindhearted and loving father who will be greatly missed by the entire family.

Oluwatokesi, a 300 level Law student of Ambrose Ali University stressed that her father was her best friend who could do everything to satisfy the family’s interest.

It will be recalled that the late magistrate, Ayeomoni Adebanji, his son , Oluwadara Ayeomoni , a 500 level medical student of Ambrose Ali University, his cousin , Tofunmi Fayomi , and their driver, Olusola Zebon died along Eruekpe- Ekpoma road when a fuel laden tanker lost his brake and rammed into their car thereby setting it ablaze.

While narrating the incident that led to the death of her father, Oluwatokesi Ayeomoni disclosed that her father took her to school; Ambrose Ali University, Ekpoma, on the fateful day and promised to come back in the evening not knowing that would be the last time she would see him.

“My father took me to school on Wednesday and promised to come back in the evening to pick me up. Later in the afternoon, I called him on phone and he responded very well. In the evening, I called my late brother, and he said they were five minutes drive away to where I was.

“After five minutes, I dialed their phone numbers and to my surprise, it was all switched off including that of the driver. I started having feelings that something had happened. I was so worried and was unable to sleep. The following morning, I informed one of my lecturers that my dad was missing. He said we should report at the police station.

“When I could not bear it any longer, at about 6pm the second day, I left with my friends on a motorcycle to  Erukpe road. On getting to Erukpe, I saw a trailer already burnt. When I turned to the left,  I saw my dad’s car, I started asking questions that I was looking for a Toyota corolla car , and people that were around during the incident told me  that truly their car got burnt in the inferno and that  everyone in the car had melted. That was how I lost my dad, my immediate elder brother, my cousin and our driver”,  she lamented.

Late Magistrate Ayeomoni Adebanji was born on 6th June ,1959 in Idepe Okitipupa in Okitipupa Local Government Area. He started his elementary education at Methodist Primary School, Idepe Okitipupa 1964 and then proceeded to Stella Maris College, Okitipupa where he sat for his Senior School Certificate.

He obtained his Bachelor of Law at the University of Benin in  year 1984 and later proceeded to the Nigeria Law School, Lagos in 1985.

He worked as a teacher in the Ondo State Ministry of Education also at Stella Maris College, Okitipupa in the year 1975 before establishing his legal firm, Banji Ayeomoni & Co in the year 1986.

He was the legal adviser for National Republican Congress (NRC) Okitipupa in the year 1990. He was till date legal Adviser to the Okitipupa Chambers of Commerce.