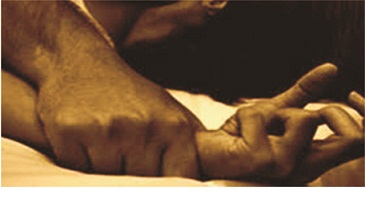 My husband attempts making love to our daughter’

By Kayode Olabanji & Joshua Aderibigbe
|
My lord, it is unfortunate that I am married to an irresponsible man. My husband doesn’t know his responsibilities as husband, let alone taking care of the family.

”There was a day he attempted sexual intercourse with our daughter. My husband is such a sneak, I caught him trying to look at Temitope, (daughter) when taking her bath.

That was the testimony of a 40-year-old trader, Mrs Funke Ekundayo, before a Grade ‘B’ Customary Court sitting at Oke-Eda, in Akure she approached to dissolve her marriage with her husband , whom she alleged of immoral behavior.

The plaintiff prayed the court to dissolve the marriage, claiming that she was tired of living with a man who did not care about his family, even when she was down health wise.

She added, ”Already, my children and I, are living in the apartment given to us by my brother since my husband and his family sent me out of the house.”

The marriage is blessed with two children, Damilola Ekundayo, 26, and Temitope Ekundayo, 20.

She said her husband made a payment of dowry while traditional wedding was conducted.

The defendant, Mr. Odekhoa Ekundayo, denied all the allegations levelled against him by his estranged wife, and said he was trying all his best possible to take care of the family, but that he earns less salary.

The 60-year-old civil servant, who lives at Odopetu behind Deji’s palace in Akure said he never attempted making love with his own biological daughter, stressing that,” it is absolutely lies.”

He added that, he has sat his wife down times without numbers, to encourage her and join me in managing our resources for now that tomorrow would be more better but my wife keep saying he can not suffer for a man.

According to Odekhoa, ”When our first child, Damilola Ekundayo, was in SS1, I signed him to tailoring work. When the second child gained admission into higher Institution, I personally used my house rent to pay her acceptance fees.

“My lord, I have all the evidences with me. I am doing my best, it was my wife who does not seem to understand me.”

The presiding president of the Court, Chief R. F Olusanya, having carefully listened to both sides, advised the couple to go back home and consult elders of their families for settlement.

The matter was adjourned till February 20.