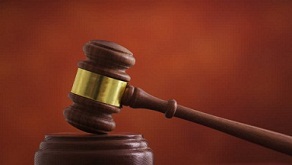 My husband slept with mad woman

Victor Akinkuolie, Ado-Ekiti
|
“My husband was fond of  having sex with a mad woman that came for deliverance when I took  him to a place of prayer for treatment.”

A middle-aged woman, Amaka Nwaifor, had told  the Ado-Ekiti Customary Court, during the hearing of a divorce suit she filed against her estranged husband,  one Friday Nwaifor.

The petitioner  had approached the court to separate her and her  husband  on the grounds of constant fighting,  beating, public disgrace, threats to life and disregard for  her family.

Amaka, 36, a resident of Oke -Bola in Ado-Ekiti, had claimed that  husband was fond of giving her public disgrace, whenever he saw her, saying she could no longer continue with the relationship.

To the amazement of the court  audience,  Amaka who confessed that she had a man-friend, said  it was her husband that pushed her into it, because he did not take good  care of her.

Amaka added, “My husband beat me during the pregnancy of our last child to the extent that the baby in my womb  could not kick again, if not  for  divine intervention through my mother-in-law.

“My husband always  threatened my  life. He is fond of saying that he will hire thugs by giving them N5,000 to kill me.”

Amaka said her husband did  not allow her take calls, or even pick  the calls of her mother in the house.

While praying the court to separate them, she said her husband should  go to their village to settle how he was going to take care of the four children of the union.

But the respondent, Friday, 47, a resident of No 8, Iremo street, Odo-Ado in Ado-Ekiti, said that he knew his wife since 2003 and that he did traditional marriage with her.

He debunked the allegations levelled against him as false, stressing  that they were  all fabricated.

He also denied making love with a mad woman. He admitted that he had spiritual attack and that he stayed in a prayer house for seven years.

Friday described his wife as an adulterous woman, saying she would leave his house to sleep in another man’s house for three days, adding that very early in the morning , a man would be calling her in his presence.

The President of the court, Mrs Olayinka Akomolede, observed that the union  had broken down irretrievably, and consequently dissolved the marriage.

Akomolede ruled that the custody of the children should be awarded to the petitioner.

She also ruled that the respondent shall be paying the sum of N2,000 each on the children as their monthly feeding allowance.

She, however, said both parties should be responsible for the education of their children.