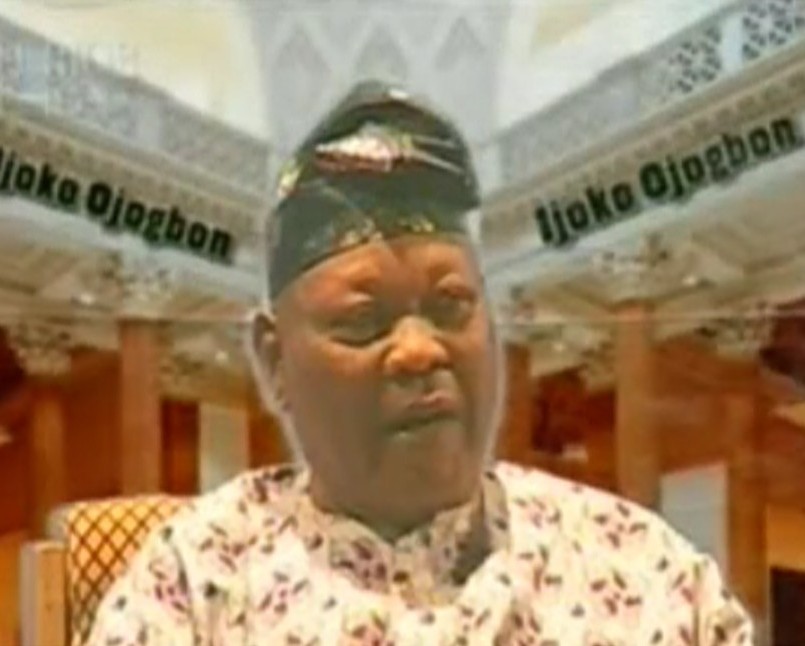 By Tola Gbadamosi
|
As  the death of pa Adeogun  Arogundade continues to take Ondo state people by surprise, his wife has given graphic  illustration of the last moments of the deceased.When The Hope Metro visited the residence, and met with his immediate family, sympathisers trooping in and out of the residence, as the teachers of Alagbaka High School visited his widow, Mrs Florence Adeogun who is a staff of  the school in a sober mood.

Speaking with The Hope Metro,  Mrs Florence Adeogun said “The death of my husband was a great shock to me, because after he was discharged from the hospital after a brief sickness, we were all together that evening at about 10pm chating  together.

“Later at about 11.30pm he said he was feeling funny and asked me to call on his son, Felix Adeogun, who was at home with us. While talking to him, I observed his voice was going down and  we could  hardly hear him  again. With that, we started praying, as my son placed a Bible on him.

“After much prayers at about  midnight on that Sunday, he  stopped talking. And coincidentally there  was a heavy downpour. We started making calls and couldn’t get through to other family members, because of bad network. At about 4.am, the children came and took him to the mortuary.

“Since I married my husband , I never regretted a day, because, he was like a father to me. To him, I am still that young woman in my 30’s. When I was going to work, he would tell me to come back home as soon as possible.

“And I would see myself running home. He knew how to handle things as a real man. Sometimes when he comes back from his programme, “Ijoko Ojogbon” he would be so sad that most people were taking things for granted. He was a man who  believed in the  truth at all time.

“He encouraged me to go for a part-time programme at the Federal University of Technology Akure (FUTA), because I could not go at the appropriate time. He said when I am through, he would give thanks in church.

The first daughter of the late Adeogun, Miss Bridget Adeogun, in a sad tone said “his death was a shocking news to me, because he had always been there for each and everyone one of us. He was a generous man and a father to  all. Not to me and my siblings alone, but to everyone that  encountered  him.

” I would say that in life one should be truthful and factual with everything you find yourself doing. That is the stepping stone Baba laid down for us. And we need to abide by it.

His first son, Adeogun Emmanuel Oluwabusayo said, “he did not expect baba to have left  this way, . saying  his father’s death came as a shock to him. I am going to miss my dad, my father and my friend.

He was a real dad and my pal. The vacuum  he left will   forever be vacant.

“He was  good to us and a true African man. When we placed a call  across  to him in a time of distress, he answers adequately. And advised us not to go astray.

Adeogun Felix who is the second to the last born of the deceased and was with baba at the time of his demise “it is so painful that baba is gone, although I don’t believe he is gone.  When he spoke last  to me, he said the foundation he has laid in the family, we should make sure we do not  depart from it. He was straight forward and generous.

” His last words apart from the personal ones he talked about, he said we should be good to all and prayed for my mum and all of us. With the programme he was doing on air, it made lots of people to bring him gifts. I saw my father rejecting those gifts. He would say it will pay him to die on the truth than telling lies. He will always say that anything he wants to achieve in life his children are there for him.