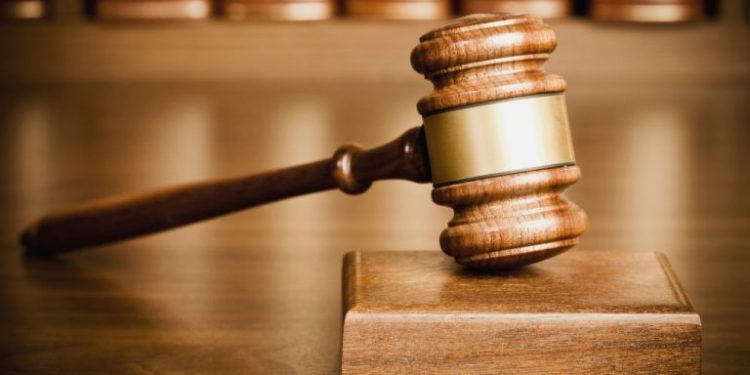 A serving Deputy Director of the Niger State Ministry of Land Transportation, Mr. Umar Farouk, has been sentenced to seven years imprisonment by the Niger State High Court in Minna for demanding and receiving gratification of N11 million from a contractor for the award of a contract.

Farouk had earlier been arraigned before Justice Abdullahi Mikail by the Independent Corrupt Practices and Other Related Offences Commission.

The anti-graft agency’s spokesperson, Azuka Ogugua, disclosed this on Friday in statement.

Ogugua noted that the convict was first arraigned in July 2020 on a seven-count bordering on gratification and conferment of corrupt advantage upon self, an allegation to which he pleaded not guilty, thereby setting the tone for the long trial.

“The prosecution explained to the court how the convict had received money on different occasions sometimes N100,000, N500,000, N400,000, etc. to the tune of N11 million from one Oyabambi Stephen on behalf of Boyabam Services Global Limited in exchange for a contract.

“The court was also informed that the said action of the convict was in contravention of Sections 8 and 19 of the Corrupt Practices and Other Related Offences Act, 2000 and punishable under the same Act.

One of the charges read, “That you Umar Farouk, male, sometime in March 2016 or thereabout, while being in the employment by the Niger State Government as Deputy Director, Land Transport, at Minna, Niger State Capital, within the jurisdiction of this Honourable Court corruptly received the sum of N500,000.00 from one Oyabambi Stephen on behalf of Boyabam Services Global Limited for yourself through your United Bank for Africa account no, in relation to the award of contract for the registration of auto mechanic workshops, the registration of auto spare parts dealers, the registration of motorcycle/tricycle dealers and registration of the color code certification for commercial transport operators and you thereby committed an offence contrary to and punishable under section 8(1)(a)(ii) of the Corrupt Practices and Other Related Offences Act, 2000.

“The trial judge stated that the prosecution had proven their case beyond a reasonable doubt. He thereby found the Deputy Director guilty on all the seven counts and sentenced him to seven years imprisonment each for counts one to six and five years imprisonment for count seven. All the sentences are to run concurrently.”