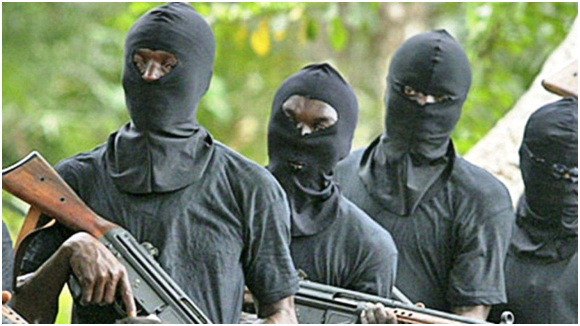 In the last 11 months, there have been various reported cases of kidnapping in Ekiti State likewise other parts of Nigeria, investigations revealed that  about thirty six persons have fallen victims, while a total of N28.5 million, packs of indomie noddles and cigarette have been paid as ransom.

The cases occurred in various parts of the state between January 2022 to November, 2022 it was also revealed that 13 women and three underaged children were among the 36 victims.

The first case in the year occurred on March 23, 2022, when a cocoa merchant, Mr Emmanuel Obafemi, was kidnapped along Ikere/Ijan-Ekiti road and whisked away to unknown destination by his abductors.

The 53-year-old business man was in the captivity of the kidnappers for about four days, but was later freed on a Sunday evening after his family paid N2 million  ransom.

Though, investigation revealed that the kidnappers earlier demanded for a sum of N10million, but later agreed to pay N2million after both parties agreed.

In a similar scenario, on May 9, a retired civil servant, Mr Isreal Bamisaye, was kidnapped on his farm located at Ero Dam in Ikun, Moba local government area of Ekiti State.

The 73-year-old senior citizen was whisked away by the kidnappers in the presence of his family that were working on the farm. He was said to have spent six days in captivity before he could regain his freedom.

It was also learnt that his Toyota Corolla car was sold before his family could raise the N3million demanded by his abductors.

He was said to have been released at Eruku, a thick forest in the border town between Kogi and Ekiti States. Apart from the N3million ransom paid, the family claimed to have also sent of Indomie and cigarettes as demanded by the abductors.

It was gathered that the victims who were traveling in a commercial vehicles were abducted at about 5:30pm on the fateful day and were taken to an unknown destination.

The gunmen who were said to have been armed with gun and other dangerous weapons attacked the vehicles while navigating through a bad portion of the road at a spot close to the boundary of Kwara State.

It was gathered that the abducted passengers were in three vehicles when they were attacked by the dare devil bandits and were all taken to the bush including the drivers, while one of the drivers narrowly escaped from the scene.

The vehicles were left open in the middle of the road, which attracted members of the public  and raised the alarm.

It was further revealed that N4 million was paid by the families of the victims before they could be released.

On September 16, 2022, a Civil Defense officer who served in Ekiti State Command, was traveling with his family in a commercial car along Oke-Ako in Irele-Ekiti, Ajoni Local Council Development Area (LCDA), was shut dead, while three other members of his family including three under-aged children were whisked away by the kidnappers.

Four persons who were occupants of the vehicle were also kidnapped and whisked away to the bush. Few days later, the kidnappers were said to have contacted the family of the victims and demanded N50 million.

The kidnappers later agreed to collect N10m, the ransom was raised by the people of Irele-Ekiti, the home town of the slained officer. The victims were later released in a forest along Ayede/Isan road in Oye local government area of the State.

On October 5, an intending couple were kidnapped along Ayedun/Ilasha-Ekiti, in Ikole local government area of the state.

The couple were said to be travelling to Ado-Ekiti on the fateful day to buy  some of the materials in preparation for their wedding ceremony, they were kidnapped and whisked away to a thick forest in Oke-Ako, Ajoni Local Council Development Council.

They were said to have paid N2.5. million after spending eight days in kidnapper’s den.

On October 16, 2022, two persons were travelling along Isinbode/Omuo road were ambushed by dare devil gunmen and whisked away to a nearby bush.

Three days later, they were said to have contacted their family and demanded N10 million, but the ransom was later reduced to N3 million after  negotiation from the family and the suspected kidnappers.

The 46-year-old primary school teacher and mother of three was in captivity for a period of six days before her colleagues from the Ikole local government could raise N2million as ransom demanded by the kidnappers.

She was said to have regained her freedom in Ekirinade, a community in Ijumu local government area in Kogi State.

On Friday November 18, four persons including a retired School Principal and a Nurse who are funeral guests were abducted in Irele-Ekiti, an agrarian community in Ajoni Local Council Development area.

The victims who are from Ondo State were in the town to celebrate the death of a 93-year-old woman, when the kidnappers who came with motorcycle numbering about six stormed the community at about 2:30 am.

They were said to have shot sporadically into the air  before four persons were whisked away on motorbikes.

The victims were said to have been freed in a forest around the area after N4million was paid, though the police claimed to have arrested the suspects and recovered the ransom.