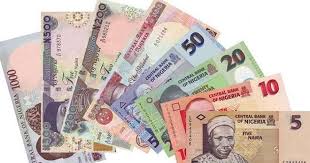 Michael Ofulue
|
Hawkers of naira notes in Akure, the Ondo state capital have gone under ground as the police clamped down on them.

Investigation by The Hope showed that the operators who usually mill around the Oja Oba Market openly soliciting for customers have gone into hiding for fear of arrest.

Their fear, it was gathered followed a sting operation carried out by men of the state police command as a result of which many hawkers were arrested by the police.

During the operation, huge sums of money were reportedly seized from the currency hawkers who are mainly young traders.

Both the police and officials of the Central Bank of Nigeria (CBN) have vowed to continue the siege on those selling naira notes.

Reliable sources confided in The Hope that two persons have been charged to court as a result of the raid carried out by the police.

His words: “We are not after those in bureau De Change business but those who are abusing and trading our naira notes because it is an offence for anybody to engage in selling, squeezing, spraying and hawking the country currency in whatever guise.

“We would have made a significant progress in our operations but for publicity made on the matter. But the operation continues until those involved in the illicit business are made to stop it,” he stated.

According to him, the operation is a continuous one and that the police will henceforth arrest anybody caught spraying new naira notes in pubic or party.

When The Hope correspondent visited the popular Oja Oba area where some Alhajis in the business of bureau De Chang normally assemble to carry out their legitimate jobs discovered that some of them were not there but only few of them sighted were in hiding place over the fear of being arrested by the police.