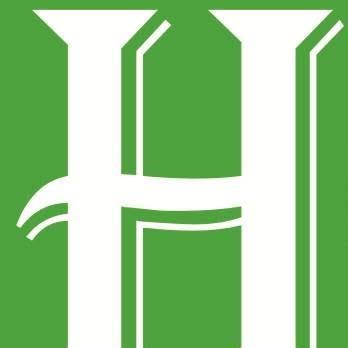 In its response to the ravaging effects of the Covid-19 global pandemic, the Nigerian National Assembly is proposing a bill that is  seeking to replace the Quarantine Act with a Control of InfectiousDisease Act. The bill is sponsored by the Speaker of the House of Representatives, Mr Femi Gbajabiamila and it has 82 clauses covering diseases like the Acquired Immune Deficiency Syndrome (AIDS), Avian Influenza, Cholera, Dengue Fever, Hepatitis, Malaria, Measles, Tuberculosis, Yellow Fever, Measles, Polio, Meningitis, and Coronavirus, among others.

THE Speaker while presenting the bill argued that it seeks to strengthen the Nigerian Centre for Disease Control (NCDC) and make it more proactive and “not just reactive and function when there is an outbreak.”

THE bill having passed the first and second readings at the House of Representatives has generated controversies among Nigerians based on its provisions as well as the speed with which the lower chamber is processing it. For instance, the bill would have been hurriedly passed into law as the lawmakers had agreed to suspend the House Standing Rules to allow the bill pass through all stages but for the protests by some of their colleagues who said they had not seen or read the bill thus halting the process.

THE second reading of the bill was approved despite the resounding rejection during the voice vote at plenary thus raising some suspicion over the motive of the sponsor of the bill. Some Nigerians are also enraged having alleged that the bill is a plagiarized version of an existing legislation in Singapore.

SPECIFICALLY, the bill seeks to empower the President, the Minister of Health, as well as the Director-General (DG) of NCDC, and the institutions they head, to make regulations on quarantining, vaccination and prevention of infectious diseases in Nigeria.

THE content of the bill has triggered outrage among Nigerians who described the stipulations as draconian and giving the NCDC boss too much power. The powers of the NCDC DG include:

APPOINTMENT of any public officer or employee of a prescribed institution, to be a Health Officer; ordering an autopsy report/disposal of corpses, animals etc. who dies of an infectious disease or suspected to have died of the disease; prohibition of the wake-keep over an infected (or suspected) corpse, or imposing conditions fit for removal or disposal of the corpse.

FURTHERMORE, the bill stipulates that “healthcare professionals are required to provide the DG with information of their patients for the purpose of investigating or preventing any possible outbreak of an infectious disease. The DG may also order anyone affected (or suspected) of an infectious disease to be detained and isolated in a hospital or other place for such period of time and subject to such conditions he may determine. No one shall enter or leave the area without the permission of the DG who can also restrict movement of persons and goods in the area.”

EXPECTEDLY, a coalition of civil society groups has described the proposed Control of Infectious Diseases Bill as a threat to human rights. The group, numbering 41, demanded the House of Representatives to subject the bill to public scrutiny by embarking on stakeholders’ consultations and a public hearing to harness public inputs into the legislation. According to them, “the Bill empowers the NCDC to restrict fundamental rights and freedoms at will, and abuse constitutionally established institutions and processes, without any form of accountability.

FOR instance, Section 10 (3) gives the Director-General express powers to use force to enter any premises without a warrant,” The group also said the bill violates key principles of legislative drafting rules mandating laws to be simple, clear and unambiguous and therefore, demanded the immediate review of its provisions.

OTHERS who joined in criticizing the bill are the Christian Association of Nigeria (CAN) and Human Rights lawyer, Mr Femi Falana. For CAN, the bill gave so many powers to the Minister of Health and the NCDC DG as it seeks to compel Nigerians to embrace vaccination and other prophylaxis against COVID-19. Mr Falana, a Senior Advocate of Nigeria described the efforts to replace the Quarantine Act as a waste of time arguing that the Nigeria Centre for Disease Control and Prevention Act of 2018 has made sufficient provisions for managing infectious diseases in the country.

IN the words of Falana, “The new bill, as far as the law is concerned, is superfluous. Its provisions are largely illegal and unconstitutional… it is not correct, in fact, it is misleading on the part of the House of Representatives to say that it is amending the 1926 Quarantine Act because there is already a development between 1926 and now. You had the 2018 Act which has taken care of the entire provisions of the new bill.”

THE HOPE therefore calls on the National Assembly (both the House of Representatives and the Senate which must necessarily concur the bill to become a law) to be transparent in handling the bill. Interestingly, the House has succumbed to public pressure by agreeing to subject the content to public scrutiny during public hearing. We, together with well-meaning Nigerians, demand that all sections of the bill that are draconian and anti-people should be properly scrutinised  amended for it to have human face.