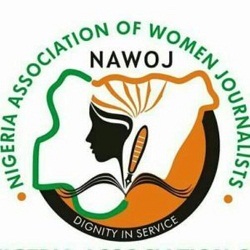 By Mary Agidi
|
The Nigeria Association of Women Journalists, NAWOJ, the association of Female Lawyers, FIDA and other Women-led Non-Governmental Organisations in Ondo State, yesterday joined the Inter-African Committee, IAC, to sensitise women on the zero tolerance for Female Genital Mutilation, FGM.

This was to mark the 2020 International Day of Zero Tolerance for Female Genital Mutilation, declared by the United Nations on every 6th February.

The sensitisation event, which started with a walk from Akure town hall, terminated at the Isinkan market with health talks.

The state Executive Chairman of IAC, Dr. Mrs. Modupe Dairo explained that circumcision was meant for male children, as directed by God.

She added that Female Genital Mutilation cause more harm to women than good, and implored women to raise their voices against the practice in their localities.

The FIDA Chairperson, Mrs. Bola Joel, informed that whoever caught in the act was liable to two years jail term.

She noted that the practice was common among women, while charging every individual to report cases of female circumcision to the Police or FIDA.

Giving a health talk, Mrs. Olabisi Owolabi said the practice was damaging to the health of female children.

The mid-wife described as falsehood, all the traditional beliefs attached to the practice, saying there was no genuine reason for doing it, according to a research.

She stated that there were communities that take female circumcision as a taboo, and their children weren’t into prostitution as a result of that.

According to her, the genital cutting can cause VesicoVaginal Fistula, VVF, and other infections for victims.

The State Chairperson of NAWOJ, Mrs. Doris Olumoko, avowed the commitment of female journalists to use their professional skills to join forces against any violence act against womenfolk.

Also speaking, a member of the Women-led NGO, Mrs Bisi Omolona urged women to give their female children adequate sex education, to curb promiscuity, rather than promoting mutilation.