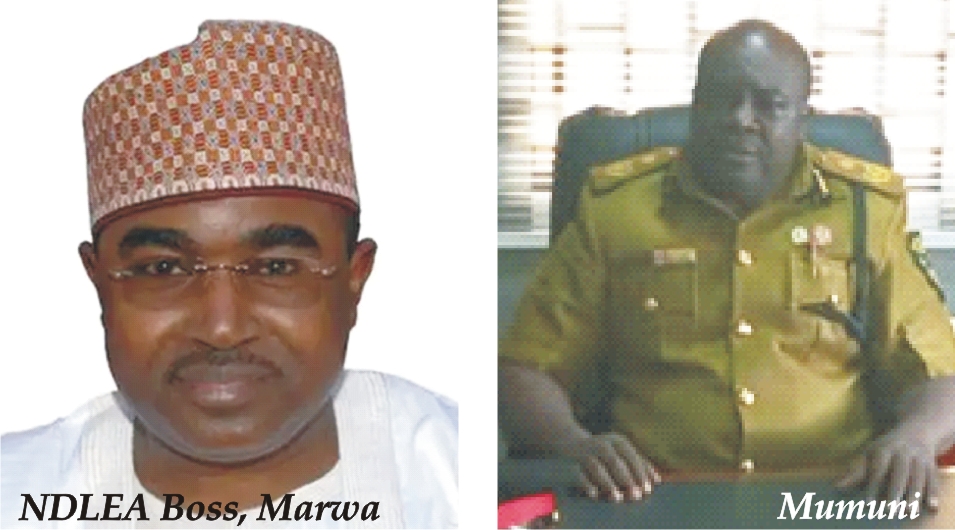 It said, “our actions crippled them and their illicit activities. We have destroyed lots of seedlings seized from them, arrested 72 suspects, destroyed 264 hectares of farmlands and convicted 35 drug traffickers within three months this year.

The agency said it counseled and rehabilitated 25 drug addicts and also carried out 21 enlightenment campaigns during the period.

Ondo State Commander of the agency, Mr Kayode Mumuni disclosed this in an exclusive interview with The Hope in his office.

He said: In 2022 first quarter, we made a lot of arrests but our happiness will be when no crime is committed.

“We cannot see crimes being committed and shy away from them because that is why we are here. We have seized close to six tonnes of various drugs and that’s about 5,537kilogrammes precisely.

“Six tonnes of drugs within three months is a lot and a sad development because it means that the rate of drug in the state is very huge.

“The drugs we seized in Ondo state is almost half of what was seized in the entire country.

“It’s a sad situation and we have resolved on the fact that lot of work needs to be done to clean the state up because most of the drugs, particularly Cannabis Sativa are gotten from here and transported to other parts of the country, ” he said.

He added that the agency’s activities in curtailing drug related deals in the state have been successful largely because it has destroyed over 264 hectares of farmlands that were used in cultivating cannabis by setting them ablaze.

“As a matter of fact, the destruction of such large cannabis farms has made drugs very scarce in the state, because before I came in, an average bag of cannabis sativa was sold for N22, 000, but now, it’s sold above N65, 000. We got intelligence reports, that it is very scarce in the North where the drug is being taken to and this is a good report of success for the command, “he added.

Speaking on counseling, sensitisation and awareness programmes against illicit drugs, he said the agency had visited tertiary institutions, health facilities, churches, mosques and communities’ town halls, preaching against intake of dangerous drugs and its cultivations.

In addition, he said the agency has counselled and rehabilitated 12 suspects in its custody.

The NDLEA Commander disclosed that the 72 suspects arrested included 52 males and 20 females, adding that 35 of them had been convicted.

“With the arrests made so far, we are engaging some stakeholders, like the government, Non Governmental Organisations (NGOs) and religious bodies as well as parents to intensify campaigns against hard drugs and hemp cultivation, because planting season is fast approaching.

“Sometimes last year, we arrested some people who confessed that they got the seed from Delta state as it is very cheap over there. He was arrested with three kegs filled with hemp and the seedlings.

“We are working harder towards getting to that stage where there will be no supply again from the state”, he concluded.