NEC On Funding of Education 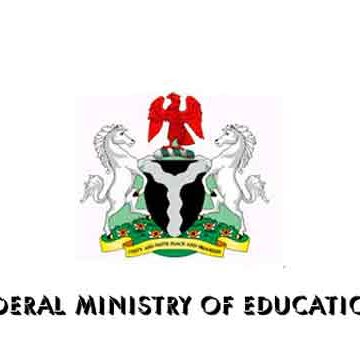 THE  National Economic Council (NEC) at the end of its recent meeting which was presided over by the Vice  President,  Prof Yemi Osinbajo, urged the Federal and state governments to allocate 15 percent of their budgets to education.

THIS was part of the  resolutions reached after the Council’s recent  meeting held in Abuja.

THE NEC also urged the 36 State Governors to declare state of emergency in the education sector of their respective states to address the rot in the sector.

THE Council took the decision after it received the interim report of its ad-hoc Committee on the Revival of Education.

THE report particularly called for vigorous collaboration between the Federal and state governments to revive education in the country.

THE  funding of education at all levels in the country is below the benchmark recommended by the United Nations Educational Scientific and Cultural Organisation (UNESCO).

The situation was not in anyway  different in the states, where in the same year, states allocated 7.3 per cent of their budget to education compared to 2016 when N653.53 billion (10.70%) of N6.1 trillion was earmarked for education indicating  oscillation of  between five and 10 per cent of the federal government’s allocation to education.

WITH  the population of about 197.4 million,  45 per cent of which are below 15 years, there is huge demand for learning.

AN  official of UNESCO at the seventh conference of the Africa Federation of Teaching Regulatory Authorities (AFTRA) in Abuja noted that the challenges confronting  education in many African nations have become overwhelming, resulting in more than 100 pupils for a teacher as against the UNESCO benchmark of 35 students per teacher resulting in students learning under trees for dearth of classrooms in some African countries.

FOR Nigeria to join the comity of nations in achieving the 2030 agenda, there must be concerted efforts towards increasing funding of education.

IT would be recalled that the Heads of States met at the United Nations Headquarters in New York between September 25 and 27, 2015 and decided on new global Sustainable Development Goals titled Agenda 2030.

THE  document is adjudged  to  be comprehensive, far-reaching and people-centred while member nations are encouraged to tirelessly commit to full implementation of the goal.

FOR Nigeria to actualise goal 3030  it is pertinent to stipulate in the National Policy on Education that the financing of education should go beyond a joint responsibility of the three tiers of government. It should include corporate organizations, while individuals in the society  and organizations such as Alumni associations should be encouraged to augment government’s efforts.

THE  Vice-Chancellor of the Adekunle Ajasin University, Akungba Akoko, Ondo State, Prof. Igbekele Ajibefun, at a forum identified poor funding as a major threat to achieving functional education in Nigeria.

THE  don stated that the challenge in the education sector has prevented Nigerian students from competing with their peers across the world.

ACCORDING  to him; “Poor funding of Nigeria’s educational sector causes setbacks for its inherent ability to compete globally.”

HE  added that adequate funding is inevitable if Nigeria must compete globally with her peers in the education sector, while explaining that besides dependence on governments, parents, corporate organisations and wealthy individuals must support the education sector for it to perform better.”

THE VC sought the collaboration of stakeholders, even in the face of dwindling economy and meagre resources of government.

THE  need for better funding of education in Nigeria as noted by NEC and other stakeholders is really urgent.

THE time  to act is now.