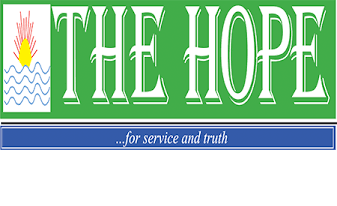 LAST week, an unnecessary controversy  broke out over the arrest of four  persons  suspected to have killed the daughter of Afenifere leader, Pa  Reuben  Fasoranti, the  late Mrs Olufunke Olakunori on July 19, 2019 along the Ore –Lagos  highway.

The  controversy  was triggered off after the Ondo State Police command  swiftly  denied the  break  through in  the arrest  of the  suspected perpetrators  of the  crime nine  months   ago credited to Afenirere.

THE spokesman, Yinka Odumakin denied  followed  claims by Mr  Yinka  Odumakin, the  National publicity secretary of  the Pan socio cultural  group  that top echelon of the  SARS  in Lagos  confided  in him the  arrest  of the alleged  killers  including the deceased’s  driver and three  others  from the Northern  part of  the country.

ODUNMAKIN also  hinted that the SARS  top  officers who made the  arrest had  briefed the  deceased’s  father and a chieftain  of Afenifere,  Pa Fasoranti.

WE are  at a loss  over  the denied,  confusion and needless   being  raked by the  police controversy  over  the  arrest  of  common  criminals whose  activities  had almost  caused political  unrest  in the country  considering the sensitivity  of the murder and victim being  the  daughter  of Afenirere’s  leader,  a group  seen to be anti the ruling  government.

UNLESS the police have something  sinister to hide, we  believe  the arrest of the  suspects  should  not be hidden  from the public   but be  celebrated to prove  cynics  wrong  that the  killing of Mrs  Olakunori was not politically  motivated  as  initially  perceived by many.

THE  crack  in the police  over  the  arrest  otherwise  is embarrassing and  capable  of  further denting the  image of the force which had  repeatedly failed to  earn  the  trust  and  confidence  of the people due  to lack of  integrity  and  transparency .

THE  murder of Mrs  Olakunori  has  generated  so much  emotions and  National frenzy to be treated with levity and the  police  must wake  up to the reality of the political  nature  of this case.

IT is a truth law that whoever asserts must  prove.

IT  beholds  on Odumakin  who claims that  men  of SARs confided  in him about the arrest  to shed more  light  about the  arrest and save us the  embarrassment  of unnecessary  controversy and  bulk shifting  what the Nation  expects about this case is the  fruitful prosecution of those arrested to serve as a  deterrent to others and not a superfluous  controversy.