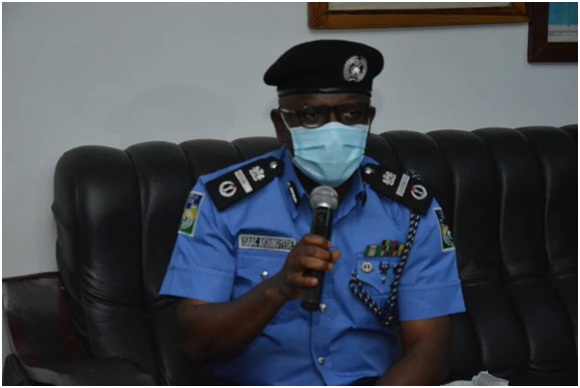 A new Assistant Inspector General (AIG) of Police, Isaac Akinmoyede, (fdc) in charge of Zone 17 has assumed duty in Ondo State.
Akinmoyede promised the people of Ondo and Ekiti States that the police would improve its strategy to reduce crime and would go all out to look for those disrupting the peace in the states so as to apprehend them.
His words,”We have cases of kidnappings in Ondo State. But the most important is police response to such cases. We are promising that people in Zone 17 will now sleep with their two eyes closed.
” If we have the appropriate equipment combating these crimes we will not have the reason promising that.
The AIG assured that indiscipline of mistrust among officers and men in the zone would be a thing of the past, criminal investigations would be conducted in a professional manner inline with the relevant law.”
The renewed vigor, he added would be optimistic in addressing police extortion in the zone.
The Police chief, who assumed duty on January 20 rated security situation in the zone as relative to where he was coming from.
AIG Akinmoyede is an Alumnus of the University of Ibadan, where he bagged a BS.c Hons in Chemistry.
He was appointed into the Nigerian Police Force on March 15, 1988 as a Cadet Assistant Superintendent of police.
The AIG, who was described as an investigator and administrator has served the Police in various capacities and until his recent promotion and posting he was, the Commissioner of Police, Imo State Police Command. He also served as CP Armament, CP Force Animal Branch and was also in Plateau State Command.