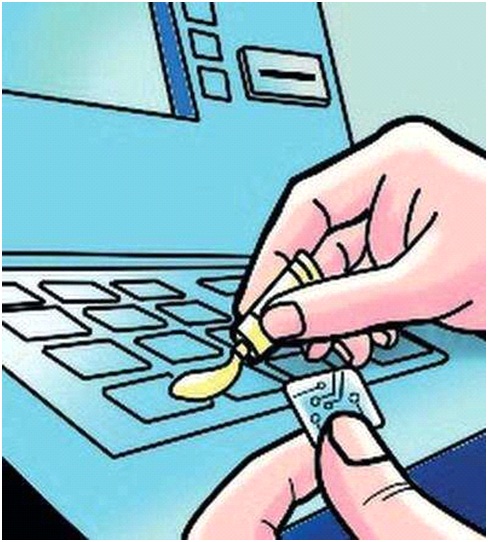 Fraudsters in our neighbourhood have uparaded their game. They have changed their gimmicks from the regular ones that we have become wise to. Before they would ask their victims to read out the last four figures on their ATM cards.
Once the gullible ones among their victims fall prey to their tricks, they have means of wiping out all the savings in the person’s account.
However, people are now aware of most of these gimmicks and they would curse at the fraudsters whenever they made their attempts.
It was late in the evening. A young lad of about 20 years had approached a lady operating a point of sales (POS) business in our neighbourhood. He told her that he wanted to transfer the sum of 50, 000 naira to a customer.
The lady asked him if he wanted to use his ATM card or he had the cash on him and he said the latter. She told him that he would need to pay 500 naira for the transaction and he readily agreed without any haggling.
As the lady began the process, he dipped his hands into the pocket as if to bring out the money. However, when she had transferred 30, 000 out of the whole sum and he was yet to bring out the money, she became suspicious.
She then asked him to bring out the money. He looked at her surprised and said that he did not have any money on him.
At this point, she raised her voice as she asked him how he was going to reimburse her for the money that was already transferred to his customer at his request.
He looked puzzled by the question and he began to stammer ’em, em em” .
The POS lady saw red and quickly hold on to his clothes so that he would not take to his heels. The boy began to panic as he could see that he was in trouble.
People nearby had to intervene in the matter because they knew his parents and the boy was relatively well behaved among his peers in our neighbourhood.
They asked him whom he was sending money to and he explained that someone called Daddy Ayo had called his line and instructed him to go to a nearby POS operator to transfer 50,000 naira to a certain account number.
They asked him what he bought from the caller. He explained that he did not buy anything from him and that he didn’t know him.
Residents began to smell a foul play. They called the number used to call the boy and it was no longer reachable. His parents were quickly summoned and they told them that their boy had been bewitched and swindled.
The shocked and unhappy parents began to beg the POS lady saying that it was the work of the devil.
She assured them that she sympathized with them and realized that the boy was indeed bewitched but she needed her money which had already been transferred.
Within minutes, two men that introduced themselves to the gathering as policemen had arrived while the uproar was going. They told them that they have to take the boy with them unless he was able to produce the money immediately.
The poor parents began to panic and beg that they would rally round and source for the money. It is common knowledge that if the boy gets into police custody, they would have to pay another money to secure host release. In this kind of situations, the police is nobody’s friend.
They had to start calling friends and relatives and within two hours, the money was completed. And it was a relieved family that left for their home.

Reliving legend of the Dog and Leopard’s cub