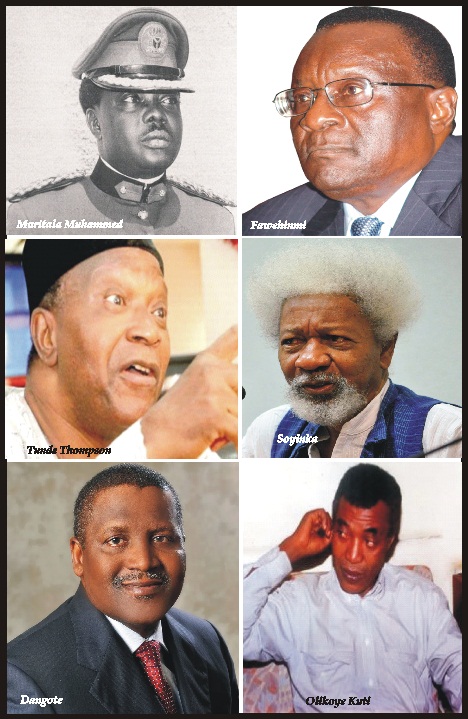 As Nigeria celebrates her diamond anniversary tomorrow, the citizens bared their minds about the heroes whose impact have had tremendous effect on their lives.
Their views:
NATIONALISTS: The nationalists are the heroes of the Nigerian independence. Initially, they were students who went to Europe for further studies and in the process of acquiring western education, they were fascinated by the debates and discussions arising from the First and Second World Wars, the justification, prosecution and mobilization. They were told that the war was justified by the need to be free. To attain freedom, men and resources had to be mobilized to prosecute the war. Troops from the West African coasts who fought side by side their European counterparts discovered that they were not superior to Africans after all. They were even more vulnerable, so why would they continue to lord it over Africans? The returnee students believed that if freedom was good for Europeans, it is meat for Africans. At home they discovered that the colonial service had no job provisions for professionals and so, they had to fend for themselves. So in the growth of Nigerian nationalism, Lagos was central.
POLITICIANS: Over the years, they had sustained governance. However, they have institutionalised corruption in all spheres of the country, and given the military and external extortioners, the leeway into the nation. Thus, our present predicament is traceable largely to their selfish and non nationalistic posture to the nation and her nationals. However, the place of politicians in our national history cannot be under estimated.
SECURITY FORCES: In maintaining the nation’s territorial integrity, they have tried well enough and also portrayed the strength of the nation in peace keeping engagements. However, the brutalisation of innocent Nigerians and inability to curb internal insecurity scores them low.
EDUCATORS: At all levels, have done well over the years. Given few work tools, bad work environments, low and irregular pay, they had produced students who have done the nation proud at the domestic and international levels. They have also consistently produced the nation’s entire workforce and also ensured the perseveration and dissemination of the nation’s history. THEY ARE HEROES.
CIVIL SERVANTS: They ensured continuity in governance. Their policy ideas have contributed immensely to the nation’s development. However, being accomplices and partakers in corruption, their contribution remains dented.
JOURNALISTS: Have risked their lives to investigate, discover and disseminate the truth to Nigerians. Without them, information would have been hindered thereby hindering the policy dissemination and execution by government. They remain the voice of the voiceless and the greatest advocates of human rights and rule of law. They have not also subjected the nation to disintegrating ethnic war, as we had in Rwanda. Issues of ethics remain an albatross.
MEDICAL PERSONNEL: Through the thick and thin of underpayment, and risks, they had saved the nation from major setbacks and mortalities. However, strikes during major health crises scores them low.
ENTREPRENEURS: Helped in reducing unemployment, attracted foreign capital and investment in the transformation of the country despite unfriendly government policies. For believing in Nigeria, and continuing to do business in this country under strenuous conditions, they are heroes by loyalty and faith.
FARMERS: Have consistently fed the over 200million Nigeria citizens. Despite oppositions from the elements of weather, government, herders and restive youths, they have sacrificed their earnings, and ambitions for a long period. Despite the nasty experiences. They had not yielded to the lure of white collar jobs thus subjecting the country to national induced poverty and starvation. By loyalty, faith and faithfulness, the FARMERS ARE NATIONAL HEROES.
LAWYERS: By their training, lawyers offer legal advice and counsel to their clients. Lawyers played pivotal role in securing the sovereignty of Nigeria from British imperialism. Despite some recent skirmishes within the Bar, Nigerian lawyers have consistently defended and protected the human rights of the citizens and ensure that the country did not slide into dictatorship. They remain the most potent weapon against absolutism in the country.