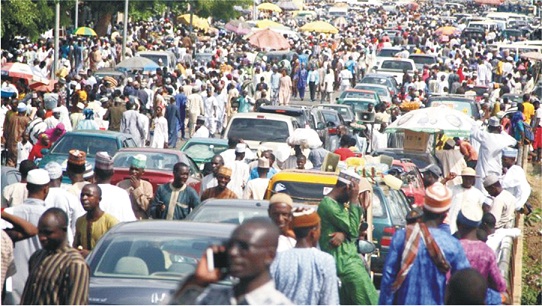 It was with joy that the people of Ondo State and top government functionaries greeted the news of the state’s recent rating as having the lowest poverty level in Nigeria, a poverty level of 27 percent.

The figure was presented during the launch of Nigeria’s Multidimensional Poverty Index (MPI) Survey in Abuja about a week ago, based on a survey that was conducted by the National Bureau of Statistics (NBS), the National Social Safety-Nets Coordinating Office (NASSCO), the United Nations Development Programme (UNDP), the United Nations Children’s Emergency Fund (UNICEF) and the Oxford Poverty and Human Development Initiative (OPHI).

According to the report, the measure used to calculate the figure was based on Multidimensional Poverty Index (MPI) with five components of health, living standard, education, security and unemployment.

Unfortunately, the same report indicated that 133 million Nigerians, representing 63 percent of the population, are living in poverty, with Sokoto having the highest rate – 91 percent.

The survey, which revealed that 63 percent of persons within Nigeria, making 133 million, are living in poverty, identified Sokoto State as having the highest poverty level among the states in the country with 91 percent while Ondo has the lowest with 27 percent.

The report further disclosed that over half of the population who are poor cook with dung, wood or charcoal, rather than cleaner energy. It said that high deprivations were also apparent in sanitation, healthcare, food insecurity, and housing.

The report, the first poverty index survey published by the statistics bureau since 2010, said that 65 percent of the poor (86 million people) live in the North, while 35 percent (nearly 47 million) live in the South.

“Poverty levels across states vary significantly, with the incidence of multidimensional poverty ranging from a low of 27 per cent in Ondo to a high of 91 per cent in Sokoto,” it said.

“In Nigeria, 40.1 percent of people were poor, based on the 2018/19 national monetary poverty line, and 63 per cent are multidimensionally poor according to the National MPI 2022,” it said.

Also, poor people experience over one-quarter of all possible deprivations. Moreover, both the incidence and intensity of poverty at 62.9 percent and 40.9 percent respectively exceeded the 26 per cent poverty cut-off threshold.The report stated that over half of the 200 million population who are multi-dimensionally poor cook with dung, wood, or charcoal, rather than clean energy.

Of the total, 105.98 million poor Nigerians are located in rural areas compared to 16.97 million in urban areas. In August 2019, President Muhammadu Buhari committed to empowering an additional 100 million people to escape extreme poverty by 2030.This implied that on average, 10 million people must be lifted out of poverty each year, starting in 2020.

The report, among other things, said two-thirds of children aged 0-17 are poor and accounted for 65 percent compared to 58.7 percent of adults, adding that “This gives rise to the sobering reality that over half of all poor people are children”.

The report also noted that 29 percent of all school-aged children are not attending school while 94 percent of all out-of-school children are poor.The report, among other recommendations, urged the government to set child poverty reduction as a top national priority.The survey further stated that, “While the COVID-19 regulatory measures implemented in Nigeria helped to control the spread of the virus, many of these necessary and lifesaving measures had deleterious effects on livelihoods, health, human wellbeing, state-society relations, and social harmony.”

According to an analysis from a Nigerian tabloid last month, every minute, more than six Nigerians enter the extreme poverty bracket. It also cited a World Bank 2022 Poverty and Prosperity Report that says Nigeria contributes three million people to global extreme poverty, while the country is “home to a large share of the global extreme poor.”

Meanwhile, Nigeria also ranked 103 out of 121 countries in the 2022 Global Hunger Index (GHI), a position that signifies the nation has a level of hunger that is serious. The Global Hunger Index was jointly published by the German-based Welthungerhilfe and Dublin-based Concern Worldwide to mark this year’s World Food Day.

The report, which ranks countries by ‘severity’, gave Nigeria a score of 27.3 – a hunger level falling under the ‘serious’ category.

Nigeria has prided herself as the giant of Africa, a major oil producer in Africa and even in the world. Nigeria parades some of the richest individuals in Africa at the moment. Stories have been told of how wealthy Nigeria was in the past, when agriculture was the mainstay of the economy. In fact, Nigeria was said to have been so rich in the early 1970s that it could lend money to some countries and foreign organisations, one of which was the International Monetary Fund (IMF).

One may now want to ask, “How are the mighty ones falling?” How did Nigeria descend from such an enviable economic height to a point where 63 percent of the population are now living in multidimensional poverty?

According to Dr Bayo Fasunwon from the Department of Political Science, Adekunle Ajasin University, Akungba-Akoko, considering the obvious economic fate of Nigerians, it is possible the poverty figure is more than what was reported.

Dr Fasunwon blamed the sad trend on mismanagement of the country’s resources by the government and a drop in the productive capacity of the populace. He noted that “We are not spending money on the right things. Government is not tapping into avenues that can generate wealth and we have a lot of jobless youths. If the youths in a country are not productive, you can’t expect the poverty rate to be favourable.”

The university don who is a political economist linked the matter to the issue of redesigning the naira which is still trending. He said, “There’s nothing wrong in rebranding the naira but the timing is important. Money that could have been used to revamp the economy by reviving critical sectors has been diverted into a non-productive venture.”

Dr Fasunwon, who believes that once the cause of a problem is known the solution can be sought easily, recommended a prudent management of the nation’s resources. He also advised that Nigerians, especially the youths, should be more productive by looking into non-oil sectors, one of which is agriculture, for a possible way out of endemic poverty.

Also speaking, Dr Chris Ofonyelu from the Department of Economics, Adekunle Ajasin University, Akungba-Akoko blamed the high rate of poverty in Nigeria on the fact that the income in Nigeria is “highly unevenly distributed.” He noted that despite the growing wealth in the country, the poor are excluded. He referred to it as a case of economic disenfranchisement, whereby the wealth is generated but not many people are captured or able to come out of poverty.

“In the case of Ondo State, we have a large number of civil servants. So a lot of people are able to live moderately, unlike in some other places like Lagos, Ibadan, Port-Harcourt where there are super rich people who create a distortion in the economy. Here in Ondo State, such economic distortion is minimal,” he said.

The solution, according to Dr Ofonyelu, is that the government must be ready to improve salary, because that will affect a large number of the population positively. The government should also ensure that the wealth is evenly distributed, instead of concentrating it in the hands of a few people.

“When we have a government that is able to review salary, pay it consistently and ensure even distribution of wealth, a large number of the population will be taken out of this very deep poverty,” he added.