Nigeria at 62, which way forward? 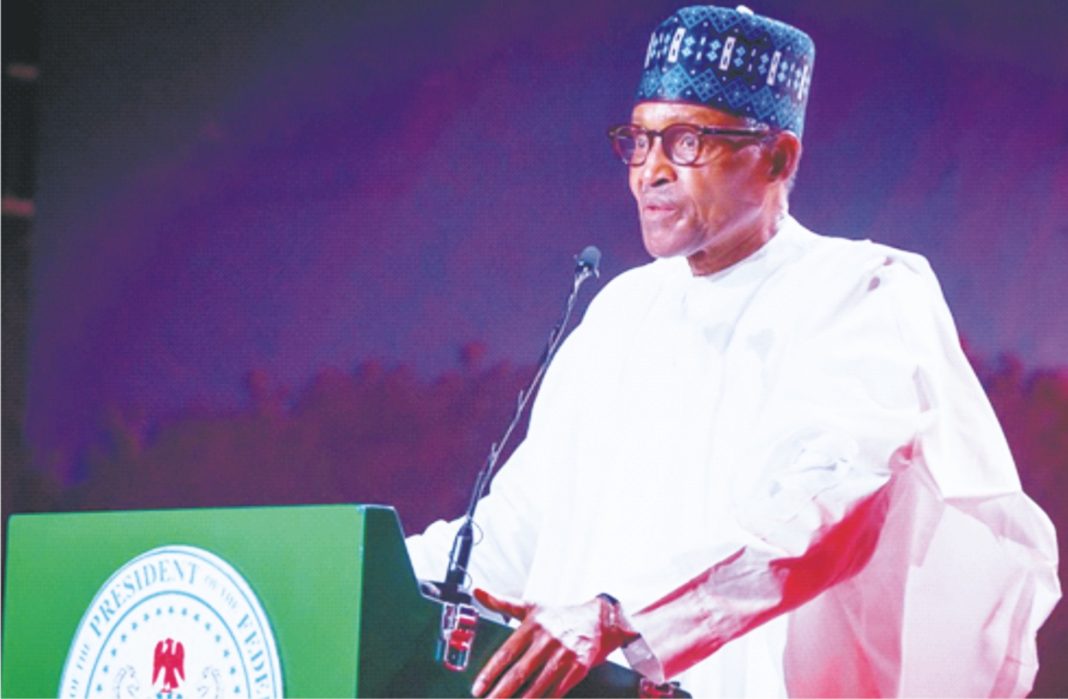 Nigeria is destined to lead the other countries of Africa because of her size, population and economic potentialities. It is not disputed by anyone that we are endowed by nature with attributes of leadership.

What people are not sure of is whether we have enough mastery over our destiny to be able to take bold and positive steps towards its early fulfillment.”

At 62nd year independence anniversary, it is with mixed reactions that Nigeria still trudges on, amid seemingly insuperable challenging problem, ability and passion to weather the raging political storms with equanimity.

Regardless of this, the inept and the worsening political leadership in tackling the internal problems over the years, the country stands tall and unimpaired as an indivisible and indissoluble sovereign political entity in the field of international politics.

This is, in the main, as a result of the resilience and tenacity of our long suffering people, some leaders supposed to be the leading lights gifted with modicum of integrity and deep commitment to make a salutary difference and other genuine stakeholders in Nigeria’s project towards the cause of nation building.

At this juncture, it is right and pertinent to call upon the few disenchanted privileged elite to dissociate themselves from disgruntled elements clamouring for dismemberment of Nigeria, to have a rethink, change of heart and stop insulting and disparaging the territorial integrity of a sovereign nation.

By cajolery, duress and stealth, British colonial and imperial masters gave us a flag independence which actively promoted British economy at home to the disadvantage and grim neglect of colonial subjects. The onus is on our political leadership since independence to take the bull by the horns, be more resourceful, proactive and tactical in mobilizing requisite technical know-how and turn around the fortunes of the people for good.

It is unfortunate that since independence, Nigeria has capitulated to fate and in perpetual blame game on air unedifying colonial past on the British policy of amalgamation 1914, donkey years of poor and miserable leadership at the centre.

At independence on 1st October, 1960, our political base as a nation was weak, laid on quick sands which portended disaster and unmitigated fall. For every subsequent superstructure no matter how solid thereupon erected on the weak and poor foundation, the end result was a foregone conclusion! That was the lugubrious scenario and mocking narrative of Nigeria just emerging from the throes of pristine, inconsiderate and dictatorial colonial and foreign rule.

Right from 1959 general election aptly described as the nation’s electoral debacle which produced the first and only prime minister of the independent nation, Alhaji Tafawa Balewa, the man with golden voice. That was the distinguishable trait and outstanding quality credited to the premier completely bereft of mental comprehension and spiritual depth to govern or administer Nigeria, a newly independent nation of great and immense diversities and pluralities.

Nigeria is more diverse and plural in every conceivable way for her political destiny be entrusted at independence to Uncle Tom, Colonial errand boy, and unprepared politician, Balewa, whose quality was a golden voice which could not salvage or rescue the fallen prime minister, let alone the nation, when the chips were down.

I am alluding to the aftermath of army mutiny first of its kind in Nigeria, popularly called January 15,1966 revolution. It was a blood bath which consumed or destroyed the Prime Minister, Alhaji Abubakar Tafawa Balewa and others. I will still say a few things on the unfortunate incident in this write-up as a point of historical reference and emphasis, from the past errors with a view to fostering good governance.

The calamitous failure of party politics and political administration in the ill-fated first republic headed by total absence of correct ideological orientation and weak leadership of Abubakar Balewa led Northern Peoples’ Congress (NPC), and other reactionary coalition forces was a beginning of the end of responsible party politics in Nigeria.

There were greed, avarice, tenacity of office, corruption and lack of focus in government which incapacitated Nigeria to her leading front line role in spite of her  incredible potential and lodestar to call the shots in the political arena of Africa.

Chief Obafemi Awolowo, a redoubtable politician and astute party leader, due to the contradiction inherent in Nigerian politics, was openly and bare facedly rigged out of electoral mandate, either as primer minister or president at various times in the country.

Awo elucidated on persistent failure of the nation to get  right the political leadership that could take the nation to Eldorado. Hear him: “Nigeria is destined to lead the other countries in Africa because of her size, population and economic potentialities. It is not disputed by any one that we are endowed by nature with the attributes of leadership.

“What people are not sure of is whether we have enough mastery over our destiny to be able to take bold and positive steps towards early fulfillment” asserted the late sage of our time.

Mainly in consequence of the ineptitude of Abubakar Tafawa Balewa federal government to govern well, and corruption in the system, a radical wing in Nigerian Army staged a blood, revolution on January 15, 1966 to halt the drift, clean up the rot and fully restore constitutional government within the shortest possible time.

This development led to a counter coup organized by a few petulant soldiers of northern extraction, aggrieved by the lopsided manner the plotters of the first coup operated and annihilated experienced politicians of northern extraction and their cohorts in the Army. Some of the officers in the Armed forces killed in January 15, 1966 coup d’etat betrayed their oath of profession to be neutral and totally insulated from politics.

Unfortunately men and officers killed alongside some members of their households apparently constituted themselves as agents to prop up the corruption and decadence of the Balewa regime which brought the country to her kneels. The rest is history.

Without much ado, we as a nation at a very mature and adult age 62 should have a sober reflection on our past, especially the colonial antecedent. The British, our colonial overlords, have their own internal problems right now. There are differences among the Welsh, Irish, etc yet United Kingdom (UK) by name remains inviolable, sacrosanct.

As far as human beings continue to exist on planet earth, problems will rear their ugly head for men of brains and brown to proffer solution and for society to remain afloat, pending the consummation of the age!

Nigeria must be seen to have  a solemn assembly and forge a united and formidable front out of the welter of disparate and multiplicity of religious and ethnic groups as a prosperous economy.

All hands must be on deck to preserve Nigeria as a British legacy handed down to Nigerians as a heritage safely put to bed by Sir Lord Frederick Laggard and his wife, who named the child “Nigeria” after the great and lordly River Niger  Nigeria simply means Niger and its area.

It is very ludicrous and unthinkable to wash our dirty linen in public and to reduce ourselves to a bunch of lazy cowards before a gang of itinerant Fulani immigrants who came all the way from neighboring Futa Toro in Senegambia to overrun and subjugate their Hausa host communities in the Northern Nigeria.

To go cap in hand in United nations in a defrauded spirit of cowardice and sycophancy with a demand to disengage from Nigeria for a separate and banana nations if outright indolence, disservice to one Nigeria and brazen insult, denigration on the sweet memories of Awo, Zik, Bello, Enahoro who were leading core nationalists and others who fought gallantly for Nigeria’s independence.

Let’s face the bitter home and stark reality. Our forefathers were enslaved on Africa soil and transported in chains like beass of burden across the Atlantic, languished in Sugar plantation in America, and west Indies. Africans were there and treated as subhumans, their mouths remained ever padlocked and could not savour the juice of sugar cane!

Now our memory is very dull and short in Africa. and some of our elite deploy their privileged position to be the guests of Whiteman at UN to make silly request and demand, go ahead to reduce themselves and the rest of us to laughing stock in the United nation as general Assembly.

If the item on the social media is anything to go by this stinker I am releasing to more authentic, authoritative traditional media was credited to His excellency. Ambassador Dapo, Falowora as follows.

“As far as I know, the issue of an independent Yoruba nation has not yet been formally tabled or debated at either the UN General Assembly or the security council, the principal organs of the UN, but this is of no effect as it is either the General Assembly or Security Council that can take effective and binding action on the matter.

“This is will be quite difficult as either organ is not generally disposed to supporting agitations for the break up of member states, unless such agitations become violent and constitute a threat to global peace and security.

This was why Biafra’s secessionist moves failed to gain much traction or attention at the UN, or even at the AU. There is still a long way to go in this struggle .

“It is too early and premature to start celebrating. It is not yet Uhuru,” Dapo Fafowora.

There is no need for any struggle or to celebrate on the dismemberment of Nigeria for any reason at all . By all means, Nigerians must perish the though. Those who still want the country to disintegrate to her component parts must sheathe their swords today.

Let us rededicate ourselves to a new Nigeria imbued with solid political leaders at the whole spectrum of governance for the progress of all and sundry Happy Independence Celebrations.