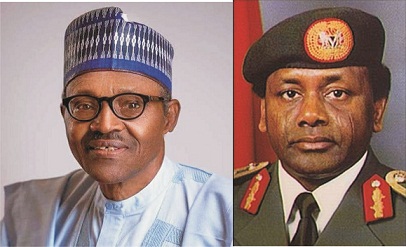 Nigeria, heed the call for reconciliation

By Bayo Fasunwon
|
While in the secondary school, I loved History as a subject of study. I was captivated by the stories of great men who had travelled their path on earth, leaving their indelible marks on the sand of history. I have always marveled at the wisdom of Mansa Musa, Sonnie Alli, Ewuare the Great, Oranmiyan and the Nana of Itsekiri.

The mastery and strength of Chaka the Zulu, Mohammed Ali of Egypt, Queen Aminat of Zaria and Jaja of Opobo kept me dreaming of wearing their shoes, when I grow up. Well, I am still growing. The treachery and cunningness of King Kosoko of Lagos, Alimi of Ilorin, Pasha of Egypt also touched the depth of emotions.

The Tuaregs invasion, the Fulani capture of Hausa land, the conquering machine of the Ottoman and the battle of Tongibi were great lessons on the values placed on land and territories. Therefore, you could imagine my outrage and depression when History was assassinated from the curriculum of students at the secondary level. A great relief at its resurrection though.

Back then, the histories of different kingdoms and empires were so similar that once I read the factors that led to the rise or downfall of a kingdom, the same factor(s) would apply to another kingdom, although with different names, time and magnitude. The African empires and kingdoms made the subject of History very easy for me to pass. These factors responsible for the rise of Songhai, Mali, Ghana, Benin, Oyo, Egypt and Zulu included able leadership, territory, strong army, wealth, natural barriers, trade routes, and good provincial government. Those factors that led to their collapse were succession disputes, weak leadership, invasion by external forces, religious wars, weak army, and break away of vassal states. These factors were recurrent decimals in the histories of these great African empires. Their history was a vicious cycle.

History also teaches us that the Israelites were supposed to travel from Egypt, the land of their bondage to Canaan, their land of promise within forty days. This is irrespective of the fact that God decided not to take them through a short cut that could have led them into wars and death. However, many factors affected their great trek such that the journey of forty days took them forty years to accomplish. Sadly, too, only two of those who set out of Egypt were able to set their foot, and inhabit the Promised Land. Sad as this story seems, history of such unfulfilled visions is being replicated in Nigeria today.

Nigeria began her journey to the land of promise on October 1, 1960. The euphoria that greeted that day was very high. It was perceived that the British agenda for Nigeria was exterminated; a new blue print for the nation’s development has been birthed. The leaders had a vision of the next level, accompanied by a transformational agenda set on the foundation of change. However, the curse of the African kingdoms and empires befell the nation, and sixty-three years later, the Promised Land is still a mirage in the desert. The first destabilising factor that hit Nigeria’s political space was succession disputes heralded by the Five Majors’ coup. From that coup to the place coup of Sanni Abacha, the nation moved from one greedy leadership to another. The constitution was raped, and bastard decrees that were aimed at suppressing the people took the centre stage. Unfortunately, some of these anti people decrees found their ways into the 1999 constitution, arrogating too much power to servants to ride on horses, while the nobles walk on their feet. The succession disputes became seeds of hatred and disintegration, which opened the nation to local and international vultures that fed fat on the nation’s meager earnings.

The Civil War was therefore unexpected. With the ‘soldier go, soldier come, soldier come, soldier go’ afro beat in Nigeria, those who felt sidelined called for a secession. The war set the nation backwards, far away from the Promised Land. Despite the 3Rs of reconciliation, rehabilitation and reconstruction, the country is far from being reconciled. The United States of America, Rwanda and China amongst other several countries have had to fight civil wars in their past. However, while the Civil War had strengthened the people,   and united them to build great and enviable nations of the world, forty-nine years after, Nigeria’s civil war still births acrimony. Those who never experienced the war have had their hearts poisoned by oral traditions and merchants of war; hence, the reconciliation has never taken place, except on a football pitch. Nigeria still goes about in a cyclical pattern reliving the past in her future. Now, songs of secession are being sung by the various geopolitical zones of the nation, albeit to different dimensions. Forty-nine years after the civil war, Nigerians still bear the marks of battle and sees other tribes as suspicious enemies that must be resisted at all cost. That is why RUGA in any form cannot work; that is the reason for the continual replacement of indigenization policies with tribalism and regionalization. This vicious circle ensures that primordial citizenship that promotes tribal loyally above national interest still hold sway and polarizes the country further. It is a known fact that a house divided against it cannot stand, but since 1970 until now, it is unfortunate that unlike Rwanda, the reconciliation has not taken place. Rather than reconciliation, what Nigeria experiences on a daily basis is a direct and subtle call for division and disintegration. This defines the succession disputes along ethnic lines, and the clamour for and against specific ethnic nationalities in the country.

It is hilarious, though barbaric that a section of the nation that would not give an inch of Nigeria’s land in their territories would demand that a large section of the country’s landed area in another part of the country be given to them as a birthright. The impunity of such brazen demand shows a clandestine intention for war at all cost. Unfortunately, when leaders are in the helms of affairs, ethnic fraternities take precedence over and above national necessities. External invasion have been allowed in Nigeria due to the selfish and myopic intents of ethnocentric gluttons. The Federal Government had affirmed that many foreign nationals are fighting on the side of the Boko Haram terrorist groups, thus undermining the territorial security of Nigeria. In addition to this, Libyan deserters have joined forces with Fulani herdsmen and bandits to unleash terror against Nigerians in their foreign land. The externalization of greediness and the local terrorism infer that like the Empires of the past, Nigeria is on the binge of collapse. It is just a matter of time.

The major duty of every mortal is to leave the portion of the earth allocated to it in a better condition for the incoming generation. Whether we like it or not, the old men and women directing the affairs of the nation now have a few more days to accomplish this task or destroy this nation. Reconciliation begins with taken drastic measures against all criminals, irrespective of their ethnic nationalities. Ministerial positions, especially in the security apparatus must not be sectional and true federalism must be given a chance to exist. President Mohammadu Buhari must as a matter of urgency think of enforcing the principle of reconciliation before leaving the position of authority, if the confab past could not be implemented, there is the need to call another confab, void of ethnic chauvinism, and implement the nationalistic agreements.

POSTSCRIPT: The news of the gruesome murder of Mrs. Funke Olakunrin, the daughter of Pa Fasoranti filtered in while concluding this article. My heart bleeds at the fragility of life in Nigeria. My heartfelt condolence goes to the family at a time like this. Shall we just continue to send condolence messages to many grieving families in Nigeria, while government fails in her duty to protect the law-abiding citizens of this great nation? This is one death too many, and a brazen slap on the Federal and South West government’s naked faces. React in the right direction or perish as a political system.