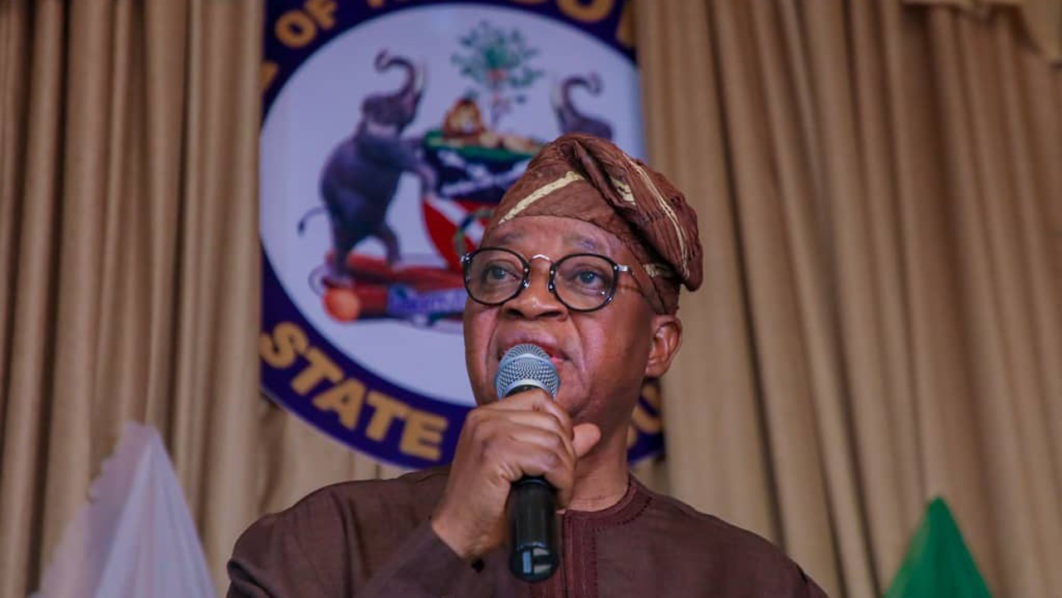 Nigerians have been enjoined to form a synergy with the aim of bringing an end to the security situation bedeviling the nation.
Osun State Governor, Gboyega Oyetola who stated this during an international colluquium during the weekend condemned the ethnic coloration the fight against terrorism and insurgentcy is taking.
Governor Oyetola who was represented by the Secretary to the State Government, Prince Oluwole Oyebamiji, flayed the ethnic coloration the issue of security is taking in the country.
While noting that the state of security or lack of it in Nigeria has assumed worrying proportions, the governor called on security operatives to go after criminals devoid of any kind of sentiment.
According to the governor, the menace of terrorism and insurgency in Nigeria especially in the North East requires that Armed Forces be sufficiently motivated and provided with the requisite machinery, now more than ever, to implement the counter-insurgency operation.
“To ensure improved performance in the quality of intelligence gathering that is available to our security operatives, we must ensure that we further sensitize our people, mobilise them and work towards getting their total cooperation in this fight.
‘Since these insurgents are members of our various communities, it is possible to have citizens volunteer information on them. ” Governor Oyetola said.
The governor expressed conviction that it is possible to win the battle against insecurity situation in the country very soon , if all would join hands, volunteer expertise and provide the requisite support as may be necessary.
He reiterated the commitment of government in working with all stakeholders in sustaining Osun as one of the nation’s most peaceful states.