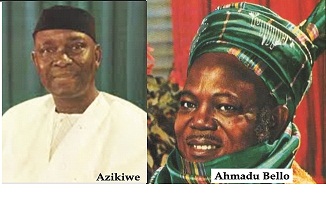 Nigeria the acclaimed giant of Africa has been in crisis of leadership since its creation. It lacks a visionary leader who could galvanize the country into greatness, reason  the country is at standstill and behaving like a stillborn baby ever since.

Is it because those who have governed the country lacked prerequisites educational backgrounds that makes the country to be suffering for development.  What should be president minimum qualification in Nigeria? If those who had governed Nigeria since are sound educationally in economics, international relations and finance, it would percolate to other leaders governing the country. But where a leader has nothing upstair, the country will suffer.

With the  analysis, why the Senate has come out with a bill stipulating higher qualifications for those aspiring for the presidency,vice president,governorship and deputy governorship in the country?

A member of the Peoples Democratic  Party, PDP, Senator Istifanus Gyang representing Plateau North wants anyone aspiring to the office of the President or governor to be a holder of at least, a Higher National Diploma, HND.

The bill which has been passed for second reading is seeking amendment to section 131(d) of the 1999 constitution (as amended) to expunge the current provision of an education up to the secondary school level.

Speaking on the issue, an educationist, Mrs Tomilola Edu said that the present educational qualification of a secondary school level for the president of Nigeria is an eyesore, irritating and a laughing stock for a country with an array of intellectuals.

She added  that the country is backward because it has  not been blessed with a leader that can galvanize the country into greatness.

“In United States of America, USA, this is the home of democracy that we follow in Nigeria, you can’t be the country’s president without having knowledge of economics, international relations and finances. The citizens will question who wants to be their president on these subjects and once such failed woefully it cannot be their president. The reason you see America president always on hand to answer to issues bordering the people. So also in  the developed world, you will not see novice coming out to contest  for offices. In such countries, we have seen professors, educationists  coming out to become councilors.

“Once we can introduce this in Nigeria, our democracy will be deepened. We should do away with these charlatan we have as leaders  for this country to grow. We have been crawling instead of flying as a nation because those leading us are not knowledgeable more than those they governed. In South Africa, Nelson Mandela galvanised the  country into greatness just in  4 years.

He came from prison to govern them and for just four years, the country was transformed. People all over the world came to invest in the country. Even when he left government,  they were still coming to change the economic value of the country. This is the kind of a leader we need in Nigeria. A respected man or woman that can ginger all people to believe in their talents that will be of great interest to the country and its people”.

In his contribution, former Minister of Education,  Professor Tunde Adeniran posited that the qualification issue is long overdue in the country .

His words:” I am convinced that in the 21st century. Nigeria should require not just an HND or first degree as a minimum qualification. There should also be minimum job/work experience in addition to educational qualifications”.

Towing similar path, a former Commissioner for Information in Edo State, Kassim Afegbua said that Nigerians should rate the bill on its merit rather than reduce the debate to ridiculous level.

In his words, law over the world are made for the advancement of the society and not for the pleasure or discomfort of an individual.

“We must begin to get serious for God’s sake about what we desire as a nation, if we are desirous of moving forward as a nation. It is time our candidates for presidency possessed minimum qualifications that will enable them have the capacity and cognitive awareness to interrogate issues and the challenges that confront us as a nation. If you set minimum qualification of being a graduate for those seeking employment, why won’t a president possess better qualification?

Speaking with The Hope, Miss Toluwani Olusegun, a student of one of the higher institutions said limiting certificate to secondary school level for those to be president in Nigeria is laughable and it shows how backward Nigeria is as a nation.

She added that such law should be thrown to the dustbin of history for no nation can grown, develop with such qualification for the exulted position in the country.

” How could you say that the minimum qualification to be the president of Nigeria is a secondary school leaving certificate? Those who read about that law will be laughing at us, reason Nigeria is not progressing as a nation since inception. We have rejected our best and allow mediocre to be leading us. A nation that leaves its best eleven and allows third eleven to be on the pitch cannot achieve anything. It will be crawling,  Nigeria is crawling and not meeting the yearnings and aspirations of the people.

” Those leading the developed countries are educated, knowledgeable and adept in governance.  They are not just recruite, reasons their countries are shaping the world. Leadership has been our bane in Nigeria,  the new law should also include that those who want to be president should have working experience, must have been governor or senator of a state with good performances. Again there should be independent candidates with good educational qualifications aspiring to be president of Nigeria, this if allow, will deepen democracy in Nigeria.”

Contributing, Soji Olaiya said the present secondary school leaving certificate as the minimum qualification to become president in Nigeria will  make such  person not  to be respected in international politics. He added that the present National Assembly should not play with the matter but be serious to effect changes immediately.

His words : ” We should look at this seriously and change that aspect of the law. During the first republic, the best was not given the chance to govern the country, so also, in the second republic. Those who have been chosen for us have chosed wrongly. Reason we have been wallowing in backwardness and the country not developing. Once we get the issue of leadership right in the country, Nigeria will be better”.

“So the National Assembly should get it right now, members should not allow pecuniary benefits to becloud their reasoning. They should do justice to the bill and make sure that it is pass led into law after critical examination”.