Nigeria to play in group B @ 28th WJANC 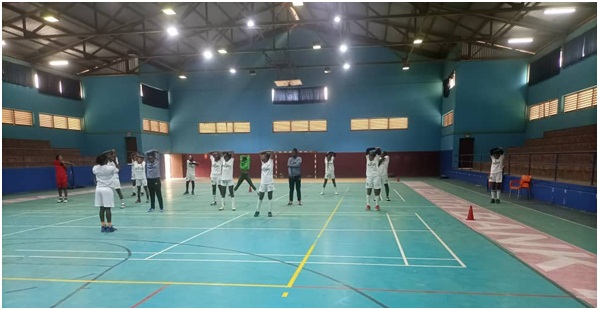 Nigeria will play in Group B of the 28th Women’s Juniors Africa Nations Handball Championship (WJANC)which is slated to hold in Conakry Guinea.

The National Under 20 Female handball team will play host Guinea, Algeria and Gambia in the biennial handball championship organised by the Confederation of Africa Handball (CAHB) which is a qualifier for the World Women Junior Handball Championship.

The National Under 20 Female Handball Team have commenced preparation already ahead of the championship as 16 players are presently undergoing training at the Aguiyi Ironsi Military Cantonment, Abuja.

Coach Bukola revealed to HFN Media that the players who are expected to join the team in the coming days, had examinations in their schools and that was why they were joining later than others.

She also said the players are passionate and understand the importance of the championship and are ready to make Nigeria proud.

“The players are in high spirit and are passionate about the game. They understand the importance of the championship and are ready to make our country proud in the competition” Coach Duru said.

“We have 16 players in camp ahead of the championship and they are in high spirit.

Others will join the camp in the coming days after their school examinations and then we would have a robust camping ahead of the championship”. Coach Duru concluded.

The players must be vaccinated in order to participate in the championship.

The Africa Women Junior Handball Championship, which was to hold in September 2021 but was postponed indefinitely by the Confederation of Africa Handball (CAHB) and abruptly put to an end the preparation of the team towards the championship at the time, will now from the 19th to the 26th of February 2022.

The Junior Women Handball National team has won the championship thrice in 1986 in Algeria, 1988 in Tunisia and 1990 in Egypt.

Nigeria is participating in the Africa Junior Women Handball Championship 16 years after they last participated in the 2006 edition in Abidjan, Ivory Coast.