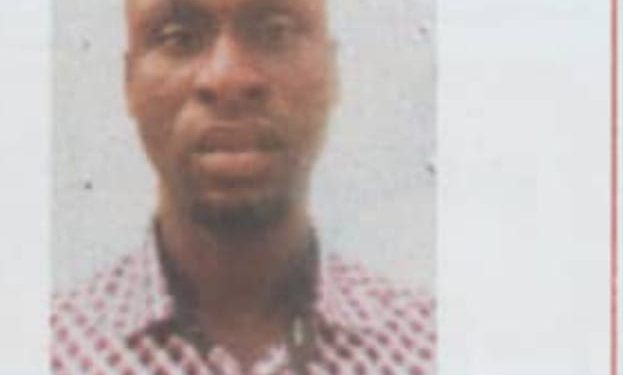 This is to inform the general public that the above mentioned escaped from police custody in Ogun state of Nigeria on the 22 of August 2021 he is wanted for committing homosexual acts.

A source who spoke on the condition of anonymity disclosed that Mr ADEKUNLE BOROKINI fled Lagos to Abeokuta in order to avoid the consequences of his conspicuous acts that is prohibited in Nigeria and in Islam.

lt was disclosed that he had earlier escaped from the hospital in Lagos state where a police officer was appointed to watch over him while receiving treatment in the hospital because of the devastating injuries he had due to the attack from the Islamic society in Lagos which led to the death of his criminal partner. The Islamic society traced him to an hotel where he was committing Same sex acts.

He was taken to the hospital by the police in order to ascertain the authenticity of the criminal allegation leveled against him by the Lagos State Islamic Society, but the police was unable to further their investigation due to his escape. He was further arrested and detained at Adigbe police station Abeokuta before he escaped for the second time.

The Ogun state police authority had since then launched a forensic search of Mr ADEKUNLE BOROKINI in order to conclude the investigations and present the case to the Nigerian judiciary for necessary action required according to the Nigerian law.The general public is thereby warned that anyone who harbour him would be treated as an accomplice.