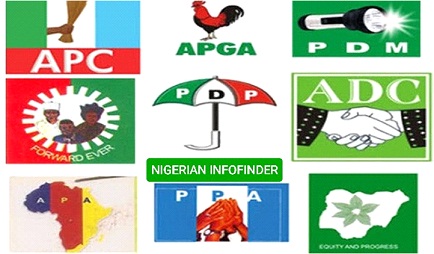 One of the key features of democracy is periodic elections. Here in Nigeria, our elections are held once in four years. Election period is that time when candidates of political parties, alongside their fellow party members, go round seeking the support of voters.

In the course of seeking to be in the good books of the voters, a political aspirant will present his programmes and plans to the electorate, in line with the manifesto of his party. According to the British Parliament, a manifesto is a publication issued by a political party before a general election, which contains the set of policies that the party stands for and would wish to implement if elected to govern.

A party’s manifesto, to a large extent, is usually fixed, though it can be reviewed periodically. The candidates of that party will now come up with programmes and plans that are in line with the manifesto. That means a manifesto guides everybody in a party, creating a sort of uniformity in the way the members think and act. It also means that with a manifesto, one can predict the kind of stance someone from a party will take on a particular issue of public concern.

In the United States, where Nigeria’s current system of government was copied from, there are two major political parties, namely the Democratic Party and Republican Party.

Democratic Party has several blocs into which its members are divided. They include centrist Democrats, conservative Democrats, social liberals who are also known as modern liberals and the progressive Democrats.

Such ideals form the basis for the manifestos of the two parties, and by extension the actions of any government that they produce.

Coming to Nigeria, in the days of the Action Group which was the ruling party in the Western Region, it had Democratic socialism as its official ideology. It started as a liberal party but later adopted a leftist leaning. Action Group was socialist in orientation. Therefore, it prioritised welfare programmes, among which was the provision of universal free primary education in the Region.

During the aborted third republic, the federal military government created two political parties that were meant to produce the next government. They were the Social Democratic Party (SDP) and the National Republican Convention (NRC). SDP was leftist while NRC was rightist. The SDP, for example, was seen as a moderate party attractive to young radical intellectuals and socialists. In its manifesto, it called for concerted efforts to improve welfare and fight for social justice.

Unfortunately, since Nigeria’s return to civil rule in 1999, Nigerian political parties have lacked any clear cut ideology that can produce manifestos that will guide their members during electioneering and even when they finally find themselves in office.

This may explain the reason why parties are not able to take a uniform stand on issues and members cross carpet so easily.

The President Olusegun Obasanjo administration came up with “Fight Against Corruption” crusade that led to the formation of the Economic and Financial Crimes Commission (EFCC) and Independent Corrupt Practices and other related offences Commission (ICPC). That administration also came up with National Poverty Eradication Programme (NAPEP) and National Economic Empowerment and Development Strategy (NEEDS).

The Umar Musa Yar’adua administration that followed introduced a seven-point agenda that covered power and energy, food security, wealth creation, transport, land reforms, security and education. This same administration also coined Vision 20:20:20 which intended to put Nigeria among the top 20 economies in the world by the year 2020.

Today, the flag bearer of the party that produced these two leaders – the People’s Democratic Party – has a five-point development agenda that focuses on providing quality education, restructuring Nigeria, building a dynamic economy for prosperity, ensuring the safety and security of life and property, and restoring unity in diversity.

When the current administration of President Muhammadu Buhari was coming in in 2015, he had a set of about 81 campaign promises that cut across public declaration of assets and liabilities; state and community policing; empowerment of youths and job creation; improved electricity supply; security; healthcare; protection of the girl child; reviving the minimally performing refineries; and stabilising the naira, among others.

The Labour Party candidate, Mr Peter Obi, has a 48-page “Our Pact with Nigeria” which contains his seven governance priorities. Rabiu Musa Kwankwaso of the New Nigeria Peoples Party (NNPP) also promises a “completely new approach to industrial development in the country, which will be one of selective industrialization, relating industrial development resources, including capital, manpower, technology, raw materials and markets.”

Are these so-called manifestos actual manifestos of the parties or creations of the candidates? A look through our political history from 1999 till date shows that each candidate simply comes up with his own “manifesto”, irrespective of what the previous candidate of the party had put forward. Also, in some cases, it can be observed that candidates of the various parties are saying the same thing in different ways.

Dr Bayo Fasunwon from the Department of Political Science, Adekunle Ajasin University, Akungba-Akoko attributed this trend to the fact that political parties in this clime have no ideology. He explained that in developed countries, there are two major ideologies which are socialism and capitalism, that is social welfarism and economic liberalism.

He said, “Since Nigeria is practising mixed economy, it is difficult for parties to lay their hands on a particular ideology. Where there is no ideology, it will be difficult to arrive at a viable manifesto. What you will just have is programmes that have no foundation in ideology.

“For instance, under socialism, there are stiffer measures against corruption than in a capitalist state, and this can be seen in China and the US.”

Fasunwon explained that the way forward is for every political party to have an ideology that will provide a framework for a viable manifesto, which would in turn guide the plans and programmes of its candidates. He also stressed the need for parties to live up to their names and ensure that their ideologies and manifestos are in line with those names.

Similarly, Dr Kunle Akinola also from the Department of Political Science, Adekunle Ajasin University, Akungba-Akoko decried the lack of ideologies to provide a good background for party manifestos in Nigeria.

Akinola also noted that our voting population is made up of a large number of people who do not know much about ideologies that guide Western democracies, making it easy for our political parties to exist without any ideological basis.

He equally recommended that political parties develop ideological frameworks for their members, to arrive at viable manifestos.