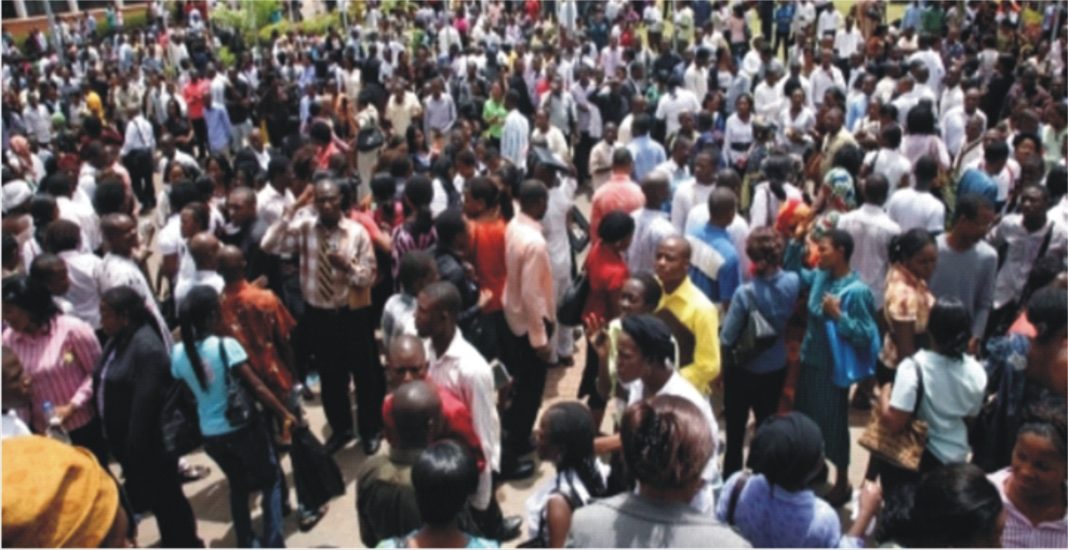 It is glaring that Nigerian workers are not the best treated in Africa, not to mention the world. From struggle for better welfare to increase in monthly take home, it has been a hell of a rollercoaster for an average worker.

Need to mention is the fact that Ghanaian cedi has better value than the naira. N30,000 is just 541.92 cedis in Ghana. To worsen the situation, some states in Nigeria are yet to commence payment of the N30,000 minimum wage.

The decades of uncertainties for an average worker in the country birthed the Nigerian Labour Congress, which was founded in December 1978, as a merger of four different organisations: the Nigeria Trade Union Congress (NTUC), Labour Unity Front (LUF), United Labour Congress (ULC) and Nigeria Workers’ Council (NWC).

Its mission is to promote rights at work, encourage decent employment opportunities for all Nigerian workers

Albeit its establishment, Nigeria workers are still wallowing in poverty, without hope, despite promises by the government that workers are going to be honoured and celebrated for staying positive and being a partner in nation-building as well as contributing towards efforts to take the country to its deserved heights.

As Nigerian workers celebrated International Workers’ Day, the Federal Government, in its usual fashion promised better welfare and the normal lip-promises to workers.

This was not the first time Nigeria government will be making promises without fulfilling them. Under the current Minister for Labour, Chris Ngige, workers were promised N30,000 minimum wage which had not been fully executed by many states.

Despite the mass brain drain syndrome rocking the country every year, the government makes no move to improve and provide a better life for the workers, as Doctors, Nurses, Engineers among others are leaving the country to seek greener pastures.

Currently, workers in tertiary institutions have decided to stay at home due to unfulfilled promises and ill-treatment. Just to mention, workers in some other sectors have threatened to embark on strike to press their demands.

A political economist, Associate Professor Bayo  Fasunwon said, ‘the only language the federal government understands is protest’, saying that demonstration to strike makes it more significant.

While comparing the current administration with the regional system, some union leaders made it known in an interview with The Hope that, employees are suffering while employers and the appointees are enjoying workers’ hard earned money.

The Chairman of Nigeria Labour Congress (NLC) Ogun State,  Comrade Bankole Abimbola, said the workers and labourers, whose vital work keeps countries and businesses across the world running smoothly, but the reverse was the case in Nigeria.

He said “NLC has moved forward but not yet achieved its aim and we will continue to negotiate. We are moved from our previous position. Minimum wage is now paid to workers as at when due compared to when it was pegged at eighteen thousand naira.

“Nigeria Labour Laws are inhibited by problems such as: gross violation of Nigeria labour laws by employers, politicization and marginalization of Labour Unions, corrupt practices on the part of administering authorities, inadequate infrastructure and manpower, cumbersome and obsolete labour laws and inappropriate,” he added.

“The government made use of draconian rules to checkmate the NLC leadership and its affiliates and the laws are used to ban some of our leaders from holding leadership positions and empower the government to embark on vicious anti-Labour campaigns against the NLC.”

The TUC Chairman  in Ekiti State, Mr. Sola Adigun described the Nigerian workers as workaholics with no benefits.

His words: “Working as an employee in Nigeria has merits and demerits. In some states, can hardly we see two states that pay the workers  a regular basis, there is always delay in payment of workers’ salary

“Insecurity is one of the major problems workers face under the current administration. Workers can not carry out their jobs freely because of the menace  happening  all over the country. A lot of workers and their children  were kidnapped, killed by bandits while some are missing. For instance, Chibok girls who have  kidnapped for years and the death of TUC Secretary General, Musa Lawal,

He further said ” high price of fuel is also a problem workers face, despite Nigeria being one of the largest producers of oil but unfortunately, the workers are still suffering. We have about three refineries but I’m sorry to say, none of them is still functioning.

He therefore, urged workers and youths to partake in politics, starting from the next election because everyone has the right to participate.

In the same vein, the Oyo State TUC Chairman, Comrade Ogundiran Emmanuel, said lack of social facilities for workers to carry out their jobs effectively, needed facilities carrying out their jobs.

Ogundiran recommended “political solution” as the way out to the problems facing workers in the country.

He said “we call something political solution, it is one of the ways workers across Nigeria can fight against problems they are facing in this country.

“We have planned to have Labour own Party towards the next general election. I think we have met and discussed in some states about the Workers Party, maybe soon we will come to Ondo state for a meeting.

The Rivers State Chairman of the NLC, Beatrice Itubo, said on many occasions, the government had deployed security men to disperse the NLC officials from pressing home their demands during peaceful protests and most of the time the officials were arrested and detained unlawfully.

She said “the union will continue  to take actions  without looking back to press home their demands.  The delay in payment of gratuities, pension arrears, and promotion of workers are the problems Nigerian workers are facing.

With the plights  of workers in the country, there lies no immediate solutions in the nearest future.

As it stands, the focus of every leader or politician in the country is on the forthcoming general elections. Even the Minister of Labour, saddled with the responsibility of ensuring proper welfare of workers and understanding between the workers and the FG, is focused on becoming the president of the nation.

There have been calls for ‘this and that’, as traditions every year; the tail of the dog is still where it is. Hence, the uncertainties continue. Maybe after the elections, we will hope to get a ‘Messiah’, as we have been hoping every year. But for now, the struggle  continues.

Omosola and Arafin are students of  Adekunle Ajasin University on internship with The Hope.