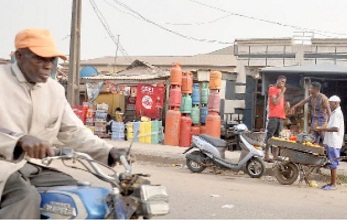 From all indications, Nigerians may not have heard the last of hike in price of cooking gas in the country. Although there seems to be some reprieve in the last two months as the price almost stabilized.

However, the price suddenly rose again  last month to the dismay of the teeming users, despite the hardship and inflation already being witnessed by Nigerians.

The use of gas cookers has been accepted by Nigerians to be the best alternative to electric cookers for obvious reasons; epileptic power supply. Cooking gas is the way to go for those who want a clean and pleasant cooking, however, the numerous benefits of cooking gas over other forms of energy makes it an attractive choice for homeowners.

However the narrative may no longer be the same with the recent development as prices of cooking gas soar.

The Nigeria Liquefied Natural Gas (NLNG) says it will supply 100 per cent of its liquefied petroleum gas to the Nigerian market to crash the prices of cooking gas.

The NLNG in January said in a statement signed by Andy Odeh, the general manager, external relations and sustainable development, said it will prioritise the domestic market for 100 per cent of its butane and propane production.

The Nigerian National Petroleum Company (NNPC)assured Nigerians that it is working round the clock to boost the supply of LPG to ensure a crash of the price.

The Group Managing Director of NNPC, Mele Kyari made this known during the inauguration of Emadeb Energy Services Limited’s 120MT LPG Storage and Bottling Plant in Abuja.

According to him, “two things are at play; one is the supply and the other is the international price of gas. Its price moves with the price of every other petroleum product including crude oil and its derivatives. So it is a reflection of what is happening in the international market.

What we are doing is to increase supply. Once supply is increased the prices will come down.

“The newly-inaugurated LPG plant was going to reduce the cost of energy for Nigerians for the fact that LPG is cheaper than any other product you can think of, especially as cooking fuel.”

Nigerians have called on the federal government to work speedily at addressing the recent increase in the price of cooking gas.

Some people who spoke with The Hope lamented the higher price of cooking gas, saying it is adding to the current economic hardship in the country.

The recent hike in the price of cooking gas has forced many Nigerians into harmful alternatives such as using firewoods and charcoal for cooking.

Some domestic gas users said that they were irked by the sudden price increase which they said was arbitrary and thoughtless.

A manager of one of the gas plants in Akure told The Hope that the hike was as a result of the current scarcity in petroleum products and the fact that gas products are imported which makes the market heavily dependent on dollars. Therefore, with increase in exchange rate you will have a corresponding increase in end user price.

“You know gas is refined and imported into the country, therefore, the price is dominated by the dollar. So, the more the naira is devalued, the higher the prices will continue to rise,” he said.

Bunmi Adewa, a caterer, said the daily rise in price of cooking gas was impacting on her business negatively.

“We all know cooking gas is very essential for a catering business, gone were the days when we largely depended on firewoods, but since cooking gas was in vogue, we adopted it when we realized it made our job easier, but with the current price, personally I can’t cope anymore, it is seriously affecting my business and customers are not willing to pay more, we need fast response on this issue from the government because gas is very essential to life and living at the moment because it can support everything we will need to develop our economy and create better living standard for Nigerians”

Juliana Olorunfemi, a civil servant, said “it is really sad, which way is the country going? The cost of practically everything you need for survival is on the increase. The country is becoming unbearable for the masses, I can still remember when I always buy a kilogramme of gas for N300, it kept on increasing till it got to N750. This is getting unbearable for us. I wonder what would happen as we approach Easter.

Another resident, Ayomide Thomas in Aule Quarters, Akure metropolis, said the hike in the price of the product has taken a heavy toll on his earning as an average income earner.

Ayomide said he had been using the product for over a decade now due to its affordability and accessibility but could no longer afford it.

“I can’t cook a complete three square meals, because I have to put my cooking gas into consideration, what we cook in the previous night is what we wake up to eat the next morning, my salary has not been increased in the last five years but every other thing that makes survival easy is very expensive, my salary cannot even feed my family, not to talk of paying school fees and rent. I’m getting tired of everything, In the past three months, I have been spending more than usual on filling my cylinder. Every time you go to gas station, they give you a new price. It is frustrating and my gas only last for one month. How do we cope with this in this country?” he asked.

Also, Wumi Akintola, a civil servant, said she had resorted to using charcoal for cooking since ”the price of domestic gas is only within the reach of the rich.”

”Three kilogrammes of gas can not last for five days for me, because we are family of six,” she said.