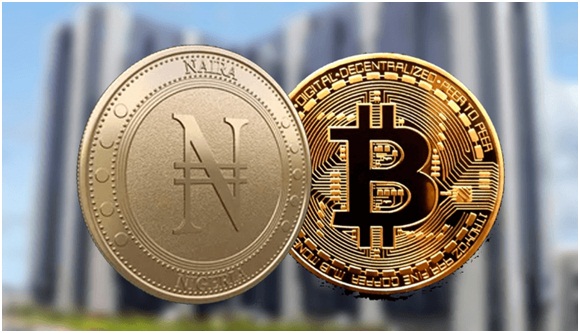 Ever since trade by barter gave way to money transactions, money has become an indispensable tool for individuals, organisations and even governments when doing business. Nigeria is not an exception.

There are over 250 ethnic groups in Nigeria. Money has never been alien to them, as each one had currencies that its members spent at one time or the other. At the advent of the colonial masters, Nigerians had to adopt currencies such as penny, shilling, pound and so on. Even after independence, Nigeria still spent the British Pound Sterling, until naira and Kobo replaced it in January 1973.

Since then, naira has been Nigeria’s legal tender, with Kobo gradually losing its acceptability among Nigerians. It is unfortunate that naira, which began as a very strong currency that was  even stronger than the American dollar at a point, gradually experienced a decline in its value, to the extent that an American dollar is equal to almost N700.

With the opening up of internet for general use in the 1990s, it became possible for people to do business online. Individuals began to do cashless transactions. Thus, the conventional money that the whole world knew now began to have a digital equivalent.

Today, we even have online ‘shops’ where people can identify goods they want to buy and make purchases without handling any cash physically. The seller will simply make use of his or her credit card. It is now possible to do business that involves money without handling any currency note.

Banks have even helped matters, as every notable bank has a mobile application that enables customers to do all sorts of cashless transactions.

On October 25, 2021, the President Muhammadu Buhari-led administration launched e-naira as Nigeria’s Central Bank Digital Currency (CBDC). While speaking at the unveiling in Abuja, President Buhari had stated that the e-naira could improve economic activities and increase Nigeria’s Gross Domestic Product (GDP) by $29 billion over the next 10 years.

When the e-naira was launched last year, the Central Bank of Nigeria (CBN) clarified that it is not a cryptocurrency. Therefore, it is subject to banking laws. The e-naira is also expected to have the same value as the physical naira. Of course, this is capable of making it less popular among young Nigerians who had taken to cryptocurrencies that had promises of making them richer within a relatively short period.

Going by the statistics above, which were released about two months after the launch of the digital currency, one may say that there was a level of acceptance for the Currency initially.

The latest news about the e-naira came recently when the CBN Governor, Godwin Emefiele, disclosed that the value of the digital currency had risen by N4 billion since its launch.

The CBN boss announced this at the Grand Finale of the 2022 eNaira Hackathon in Abuja about two weeks ago.

Emefiele said, “Since the launch of this great initiative, the eNaira has reached 840,000 downloads, with about 270,000 active wallets comprising over 252,000 consumer wallets and 17,000 merchant wallets. In addition, volume and value of transactions on the platform have been remarkable, reaching above 200,000 and N4bn, respectively.”

Emefiele also said that the apex bank targeted about eight million active users for the next phase of the eNaira project.

This is in line with a statement made in December last year by the CBN Controller, Enugu branch, Ch’Edozie Okonjo, at the 2021 Annual Bankers Dinner and Lecture organised by the Enugu State branch of the Chartered Institute of Bankers of Nigeria, that the CBN recorded over 34,000 transactions on the eNaira platform, with a total value of over N188m.

Okonjo had said, “So far, we have recorded over 583,000 consumer wallets and about 83,000 merchant wallets downloads, with downloads occurring in over 160 countries (per Google Play Store and Apple Store data).  We have also recorded over 34,000 transactions amounting to over N188m. These numbers suggest the adoption rate has been excellent.”

This then shows an increase of 2,027.66 per cent from December to August, according to the CBN officials.

Still at the Hackathon held in Abuja two weeks ago, Emefiele revealed that Nigerians would now be able to transact on e-Naira wallet through the Unstructured Supplementary Service Data (USSD) code on mobile phones.

Aside transacting businesses, Emefiele said Nigerians can also open an eNaira wallet on any phone of their choice through the designated USSD code, *997#.

His words: “Nigerians, both banked and unbanked, will be able to open an eNaira wallet and conduct transactions by simply dialling *997 from their phones. Shortly after this, both merchants and consumers with bank accounts can use the NIBSS Instant Payment (NIP) to transfer and receive eNaira to any bank account.

“This will further deepen the integration of the eNaira with the existing national payment infrastructure.”

The Nigerian top banking executive added, “The CBN will increase the level of Financial Inclusion in the Country because just like the Naira, the eNaira is expected to be accessible to all Nigerians. And would provide more possibilities to bring in the unbanked into the digital economy.”

Dr Chris Ofonyelu from the Department of Economics, Adekunle Ajasin University, Akungba-Akoko, thinks that the CBN is just trying to create another source of money supply without people knowing that money supply has increased.

He said, “What it now means is that if somebody has e-Naira, he has more money but in a different currency. Already, money supply is a trigger for inflation. So, if they tell us they increased money supply by, maybe, N1 billion but for e-Naira N10 billion, people will still be thinking that money supply has not increased much, but it has increased.

His words: “For the conventional naira, most of the time, it is not under the control of CBN. But for e-naira, it’s going to pass through the financial system. So, they will be more in charge in regulating it, and that gives them more power to control the domestic economy.

Dr Edamisan Ikuemonisan from the Department of Agricultural Economics, Adekunle Ajasin University Akungba-Akoko, believes that it is easier to track any transaction that is done with the digital currency than anyone that is done through the conventional naira.

He also opined that the level of awareness about the e-Naira has been very low, just as it is with almost all government policies. According to him, even the learned among Nigerians do not seem to understand how the digital currency works.