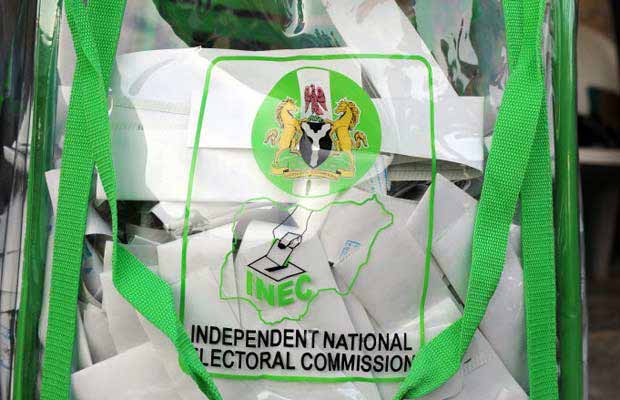 By Adetokunbo Abiola
|
Vote buying has been used as an electoral tool in Nigeria since independence. But it becomes a problem with the approach of the 2019 elections. Politicians and voters are culprits in the game. Yet, vote buying is like a Trojan horse. Its consequences could be devastating to the country in the long run.

While most Nigerians call for a free-and-free election, politicians understand a subtle approach, which is vote buying. It is now an ammunition of choice for politicians to win elections and enable them get to the corriders of power.

Vote buying, according to newspaper reports, has played a major role in recent elections. In Ekiti, Edo and  Anambra States, politicians and the electorate turned the exercise into an exercise where they boldly struck deals. Voters were willing to accept the highest price, while politicians were willing to pay amounts that will enable them gain victory.

So far, vote buying has meant the choice of political leadership is no longer on the basis  of programmes or party manifesto, but rather the highest bidder on election days, no matter how incompetent. It has not translated into jobs for youths, because the entire system is defective.

Therefore, pundits say what Nigeria needs is an election based on manifestoes and issues, with more discussions on how to build roads and schools, and more debates about the country  fulfilling the aspiration of turning the Nigerian democracy to be an enviable one on the African continent Nigeria can achieve the ambitious goal if it taps its intellectual opportunities while relegating to the background its rapacious tendencies.

It is tempting to the electorate to ascribe the problem to poverty and failure of the political class in fulfilling previous electoral promises.

But as the electoral process sinks deeper and deeper into the corruption trap, the nation can expect poor governance and failure in government policies.

Vote buying has become the methamphetamines of development, highly addictive to the electorate, readily available, with a long-term negative effect that far outweighs any immediate gratification. This is particularly true in some states where vote buying was the process of choosing leaders. After collecting just five thousand naira from party agents, voters are faced by bad governance and lack the moral justification of calling elected leaders to order. Why is it dangerous? Because the uninformed voters who are in the majority see their voters card as a meal ticket. They refuse to understand the risks with vote buying . At the end of the day, the electoral process is compromised and the future of millions of people are traded for a morsel.

While  vote buying  may seen to be business as usual” to the political class, it is a serious threat to the nation’s security. With the trend, an explosion is the likely result, especially as the rulers cannot effectively gauge the policies they impose on.

For instance, a serving governor who benefitted from vote buying actually thought empowering graduates meant buying motor-cycles for them. The motor cycles, in the governors thinking, was a panacea to joblessness and poverty among graduates. Thanks to the cry on the social media, the governor was made to realize he was making himself an object of laughter. If voters had been more discerning, they would not have seriously threatened their future by electing such a man into a position of prominence.

More broadly, vote buying, especially the one that has raised hues and cries in the recent past, can destablisie the Nigerian state, while also compromising its security. Over indulgence in vote buying can make voters to get caught in a downward spiral of reckless economic policies, reduced spending on social services increasingly poor infrastructure and other malaise of a failing state. With economic depression comes lesser avenues for the nation’s youths to survive. The spectre of joblessness and hopelessness can force angry youths toward violent extremism this can threaten the stability of the already in stable Nigeria state.

In addition, vote buying consumers a huge amount of mency, increasing, the cost of governance in the short and long run. Had the money been spent investments in the economic or infrastructural sector it could really transform the Nigeria economy. This translates to more jobs more roads, better electricity supply and pipe-borne water for  mace. The combined effect of these efforts would push Nigeria away from its current recession and enable it to rely less on crude oil for foreign exchange.

It is good to note that vote buying does not always translate to victory for politicians. In some states, according to reports, politician spent heavily to bribe voters who took their money and voted for their preferred candidate. This step was taken because they had a lot of faith in the person they chose, a product of perceived good governance.

So what can be done to halt this disturbing in a  trend in the Nigerian polity? According to some, Nigeria has plenty of options, but both voters and politicians need to dramatically step up their game and support policies that discourage vote buying. While Nigeria has improved electoral laws and invested in biometric technology and other key milestones, there is need to enhance the legal framework, the integrity of ballot secrecy and develop a democratic civic culture. A key component is  assisting civil society efforts to increase transparency during elections, so that vote buying is seen as an  activities act.

To date, the political class and voters have been adrift on the issue of vote buying, defined more by ephemeral and temporary benefits then any long-term positive results. In other word, much more needs to be done to confront vote buying. If not, the nation will pay a heavy price.

If not tamed, vote buying will escalate into a hydra-headed monster in 2019 elections, capable of subjecting millions of Nigerians to a round of poor governance till 2022, leading everyone down a path to more underdevelopment, unemployment, and hunger.

Of course, vote buying is not new in Nigerian politics, but the way it has become open and legalized may pose future dangers to the growth of the nation’s democracy.