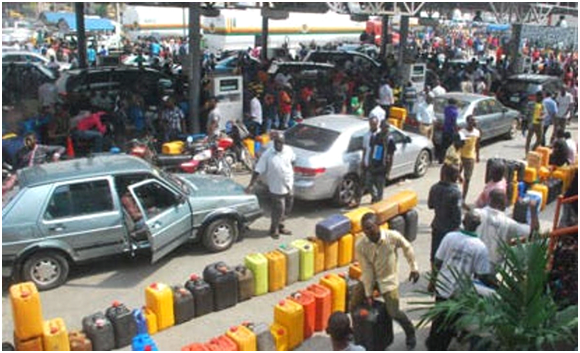 Experts and stakeholders in the petroleum sector have voiced out their dissatisfaction with the recurrent energy problems bedeviling the country.

They attributed the crisis to lack of sincerity, corruption and poor implementation of economic policies in the petroleum downstream sector and called for a total deregulation of the sector as a way out of the mess.

The stakeholders regretted that despite huge oil deposits the nation is blessed with, it has no functional refinery but rather rely on importation of refined oil at exorbitant prices.

In 2019, NNPC records showed the amount expended on the refineries dropped to N218.18 billion. The NNPC also declared that N64.534 billion was spent on three unnamed refining companies from January to June 2020 and N100 billion in 2021 as explained in its latest presentation to the Federation Account Allocation Committee (FAAC) where it was stated that about N8.3 billion was spent every month in 2021 to revamp the refineries.

In his analysis, Prof Adebayo Babatunde of the Department of Mining Engineering, Federal University of Technology, Akure (FUTA) posited that Nigeria has all it takes to satisfy the populace and make them live a comfortable life in all ramifications.

He argued that government knew the solution to the recurrent fuel crisis in the country but unwilling to do the right thing.

He renewed the call for the upgrading of illegal local refineries in the country to modular ones.

He said: “one of the best mechanisms that could have been used is to train artisans that are into illegal refinery business, since it has been established that the process they use in getting the oil refined is illegal and harmful to the environment.

“The government should take it as a sense of responsibility to orientate them on the standard legal process, get them registered and  collect tax from them.

“The government can as well partner foreigners that have expertise and. can set up training centers for those that are willing to go into modular refinery.

“We have not been able to do all these because the political will is not there because top government functionaries are gulping millions from the fuel crisis and are unwilling to provide reasonable solution to the menace.”

Commenting on the Jatropha cultivation for diesel production, Adebayo said “I may not be well informed about the project but nothing could have stopped it but finance as the university cannot single handedly handle such without back up from the government and standard financial institutions.”

Also speaking, his colleague from the same department, Dr Olarewaju Clement also reiterated that the fuel crisis could have been averted if those in power were willing to do the needful.

“It costs peanut to set up refinery either modular or the standard one. After all, most of these politicians and political office holders have refineries outside the country.

“Nigeria has more than sufficient money to do that if only the willingness is there on the part of the government but the problem is that most of them are benefiting massively from the fuel crisis and that is why they are unwilling,” he identified.

Note that there has been various uproars in the public space about the spendings of the Federal Government on the various Turn Around Mentanance (TAM) which gulped billions.

Commenting on the economic implications of lack of functional refinery, Prof Simon-Oke Olayemi said “Nigeria is losing more than it has ever gained.

“You need no one to tell you that it’s a big problem for a country like Nigeria not to have a single functional refinery when lots of countries without crude oil control several refineries.

“The most worrisome aspect is that we give crude oil to these countries for a token and they refine and sell back to us in huge amount.

“If we have functional refineries, prices of petrol and diesel will not be as expensive as this, now they are talking of bringing the price of diesel to N1,500 per liter, one can tell the implications of this, the already bastardized economy will become worse and life will become more unbearable for the common man.”

In his contribution, Prof. Oyedele Ajaka called for the privatisation of refineries for optimum performance.

“There is need to sell them out to individual who have technical partner with track records of work to be done.

“Imagine, the government appointees in charge of refineries are collecting huge amounts of money as salary without producing a litre of petroleum. It is absurd and it must stop, which can only be achieved by selling it out”, he stated.

An oil and gas consultant, Dr Akinwale Arokoyu posited that the continued dependence on imported fuel, meant capital flight, job loss and upsurge in unemployment in the country.

He said many factories, medium, small scale and cottage industries will collapse because Nigeria’s economy is tied to oil.

He said modular refineries should be encouraged as it costs between $100 million and $200 million to establish one while it can be sited anywhere apart from the oil producing areas.

The establishment of modular refineries, he said, can also attract foreign investors who are ready to do business in Nigeria provided there is adequate security.

Similarly, he said the country will be able to meet her supply and demand portfolios.