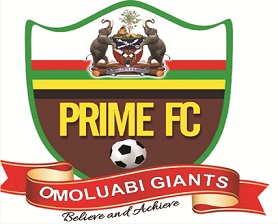 The game which was played at the Osogbo township stadium had the Osun United defeated their Ekiti counterpart 1-0.

The 19th minute goal by Akposiri Naibe had put Omoluabi Giants at the top with Gateway United who recorded the similar result against Giant Brillars of Enugu.

The head coach, Bright Omokaro, while speaking with journalists after the match said the team is still in the making as players didn’t play the style of game due to some reasons.

“We are happy with the victory even though it is narrow but we shall work on the lapses before our next game.”

In his reaction to the loss, Ekiti United’s gaffer, Ayodeji Ayeni said “our strategy and plan didn’t work as we had few chances before we were reduced to 10 men.

“Meanwhile, the league is a long journey and we will get back on our feet from the next match.”

Osun United’s next match, according to the fixture, is another home game against Nilayo FC of Abeokuta, Ogun State next weekend.