No age limit in politics 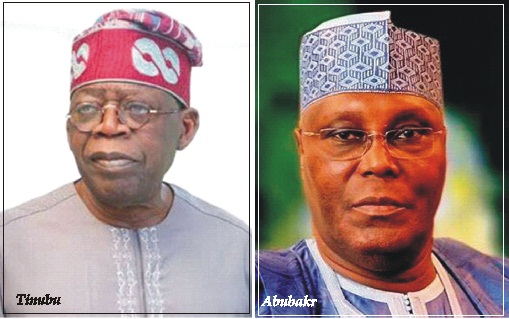 Recently, the Governor of Oyo State, Seyi Makinde was again in the news, casting aspersion on the physical fitness of both the national leader of All Progressives Congress (APC) Asiwaju Bola Tinubu and former Vice President, Alhaji Atiku Abubakar on their pet ambition to vie for the presidency in 2023 general elections.

Thus, making oblique reference to their candidature on the ground of old age.

Makinde raised grouse and cautioned the vast Nigerian electorate on electing the next president of the country within the range of 70 to 80 years old who might probably be too infirm to govern well on account of old age related ailments.

I hasten to say from the onset that it is too simplistic for Mr. Governor to canvass for age limit in aspiring for elective office, provided an aspirant does not breach or violate any extant constitutional provisions and requirement.  Only the electorate have the mandate to vote out any political candidate considered unfit to govern in a popular election.

It is queer and curious for Makinde to join the bandwagon calling for a blanket ban, as he is still very new and young in active politics.  He is very prone to fall victim to this age limit in the course of his political career.

His present status of executive governor should not blindfold him and becloud his sense of vision and judgement to be oblivious of vicissitudes and vagaries of partisan politics under the slippery and uncertain political terrain.

Now, this anachronistic and nebulous concept of age limit or barrier to office of presidency was taken to a ridiculous extent by the military rulers in cahoots with their civilian cronies styled new breed politicians to nail and put out of circulation the experienced old brigade politicians.

This has become an ugly phenomenon in the politics of the country.  It was mooted and orchestrated on the floor of Constituent Assembly (CA), preparatory to Second Republic politics.  This was ostensibly to pave way for untrammeled effective participation and sheer monopoly of the so called new breed politicians in politics, while in actual fact to halt the ever increasingly rising profile of Chief Obafemi Awolowo banned him and his lieutenants outright from politics.

However, Justice Sir Udo Udoma, former retired judge in the Supreme Court who doubled as Chairman of the Constituency Assembly (CA), nipped the plot in the bud by calling to order the staccatos and unruly manner some members demanded age limit below 70 for presidency in the scheduled general elections.

Sir Udoma eventually prevailed on the CA and prevented the frivolity and in amity of age limit being ridiculously inserted into our constitution and the Electoral Act.

On his part, Chief Obafemi Awolowo fired scathing broadsides on those calling for his ban in politics, described as bunch of lazy cowards who could not muster any votes in their homestead, let alone venture on embarking on state or nationwide electioneerings.

He said in no unmistakable terms that no one can ban him from politics.  Awo asserted that politics starts from family unit, how to fend for the household right to attending more complex and diverse national matters.

Awo remarked that William Gladstone, one-time British Prime Minister marked his 90th birthday in office.  He was a liberal giant, having served as British Prime Minster on separate occasions spanning a period of over twenty years.

Michael Adekunle Ajasin at a ripe old age was elected Ondo State Governor.  His solid contribution and total transformation of Ondo State to a growing agro-industrial giant in view of scarce resources at his disposal was outstanding.

It transcended and surpassed whatever any modicum of achievement ever ascribed to the elected president, Alhaji Usman Shehu Shagari, whose federal constrolled government manipulated and liquidated the national resources and rich national assets.

Governor Ajasin Deputy’s, Akin Omoboriowo, who was a younger person in the age bracket of Papa Ajasin’s son, could not match the old man’s vigour, martial ardour and strength of character for diligent and effective service delivery in good governance to the generality of Ondo populace.

In spite of this, Chief Omoboriowo as Deputy Governor unleashed and sponsored smearing campaign of hate, calumny and denigration aimed at bamboozling and prematurely stampeding the old man out of office on the spurious ground of old age related issued.  The health status of Ajasin was blown out of proportions for the swearing in of Akin Omoboriowo as new governor through the backdoor and on a platter of gold.

The fact still remains that Omoboriowo had no chance at all to work at a strong and virile pace with Ajasin in the service of the people in spite of his relatively much younger age than his erstwhile boss and party colleague.

It is gratifying to remark that Ajasin completed the first term and was sworn in for second term in office hale hearty and on the threashold of consolidation of his much populist party programmes, if not for the sudden military putsch of December 31, 1983 that terminated the democratic rule.

Ajasin lived till 96 years old as pro democracy activist.  He presided over the local wing of National Democratic Coalition Organisation (NADECCO) to fight restoration of democracy and first and foremost the revalidation of June 12, 1993 presidential polls squarely and fairly won by Chief MKO Abiola.

Ajasin barefacedly challenged the most brutal military dictatorship of General Sanni Abacha on the annulled elections, whereas, some cowardly lily livered younger politicians sold themselves as military apologists and kept mum at the face of the tyranny.  They later turned out as new breed politicians.

When you can’t beat them, you join them,” the political syndrome which played out, the band wagan effect has brought the state of the nation to a sorry pass.

Dr. Tai Solarin, a frontline social crusader and prominent educationist, said we lived in deeds not in years.  He referred to the tortoise reared, in the palace of Soun, monarch, of Ogbomoso that had lived for upwards of 2,000 years, having nothing to bequeath as legacy for remembrance.

Presidency is neither a sinecure nor office of pleasure.  It is meant and designed to serve the very best interest of the people not at all to gratify personal enrichment and aggrandizement.

It is unfortunate and disheartening that Governor Makinde of Oyo State did not adduce any convincing and cogent reason why Atiku, Tinubu and any other cannot rule save for old age palaver.  Haba! Mr Governor, is there any mortal who keeps his sanity that will not seek face of the Divine in above for good old age to enjoy the fruit of one’s labour?  Old age is not a crime after all.

Politics is a calling-not a profession to serve one’s country to the best of one’s ability and capability. Public service in Nigeria presidency inclusive demands mature and ripe enough to give one’s best to the nation.

At old age, he has acquired considerable experience and will no longer adversely affect or inflict by cares and worries of life nor unduly agonized by the tyrannies of the flesh.