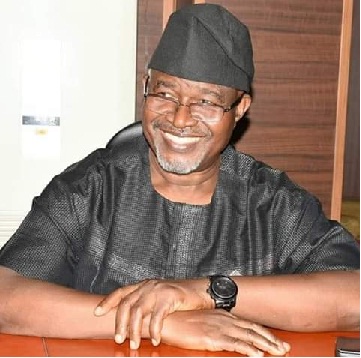 Secretary to the Ondo State Government, Mr Ifedayo Abegunde has debunked the insinuation on the social media that he is planning to defect to the Peoples Democratic Party, PDP, describing the news as fake and unfounded.
Abegunde in a statement he signed and made available to The Hope said he is a foundation member of APC In Ondo state and will not abandon the ship he participated in building.
The statement read: “The attention of Hon Ifedayo Sunday Abegunde Abena, Secretary to Ondo State Government has been drawn to the story of his defection from the All Progressives Congress (APC) to the Peoples Democratic Party (PDP) by some people on social media platforms.
“While I would have loved to remain silent, It’s however necessary for me to halt the spread of the mischievous falsehood once and for all.
Ifedayo Sunday Abegunde has not and will not defect from the All Progressives Congress, APC.
” I am a foundation member of APC In Ondo state, as such will not abandon the ship I participated in building.
“It is on record that I was singled out by the last administration for unparalleled victimization because of my defection to the progressive fold, under the now defunct Action Congress of Nigeria ACN. I was subjected to several legal persecutions. However, the perceived shame was turned into glory as the Supreme Court judgement remains a point of reference today in the Nigeria Law Book.
” Be rest assured that I remains committed to the progressive family and its Ideology.”