‘No work, no pay: ‘Lecturers switch to Uber, farming’ 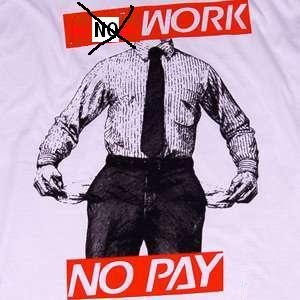 The ”no work no pay’ policy of  the Federal Government against the striking  Universities lecturers is taking its tolls as  some of them have taken up cab work and farming to feed their families.

The strike, which started on February 14 this year, has reached 137th day.

The Hope also gathered that some of the lecturers have left the country to ply their trade in other nations, while some have moved to private universities.

The Hope can also confirm that while the senior lecturers make do with conferences, sabbaticals and other professional engagements, the junior staff, especially those with no other economic engagements than teaching, suffer the brunt of  “no work, no pay policy”.

A lecturer at the University of Lagos, Dr Suraj Olufesi told The Hope that some of his mates have converted their private vehicles into Uber and taxis respectively.

The don also revealed that some lecturers have taken up lecturing jobs outside the country.

Corroborating his claim, a student of Ekiti State University, Deborah Adebowale narrated  that she was shocked to see her lecturer, when she recently ordered for Uber ride.

“When I saw the name, I was confused because I could not believe it would be him. But when the cab arrived, I was shocked when I saw him.

“I could not look at his face all through the ride. We were just chatting about how terrible the country had been. I was not comfortable my lecturer was my driver,” she revealed.

Another lecturer, Mr Joshua Hassan at the Federal University of Oye Ekiti(FUOYE), said he worked remotely on other business ventures.

He said he was into consultancy and blogging as well as owning a business firm.

“In Nigeria, it would be a mistake to depend on salary alone with increasing responsibilities. As for me, I am on guard, but for some of my colleagues, honestly, it has not been easy.”

While saying he became a lecturer out of passion, Mr Hassan revealed that some of his colleagues borrowed money to feed their families because they had no other business than teaching.

According to him, “the world is now a global village and I would advise lecturers to work remotely, as there were companies abroad where they could work and get paid.”

Similarly, Mr Benson Ojedayo, a lecturer at Ekiti State University(EKSU) said the ‘no work no pay’ has affected their salary payment, adding that his wife has been the one settling the family bills.

A lecturer at the Federal University of Technology, FUTA, who did not want her name in print could not hold back her lamentation. She and her husband are lecturers.

“It has not been easy, to be candid. My husband is also a lecturer and we both started working not up to five years.

“We could not do other business because we are just starting because we need funds.

“But with this strike, it has been very difficult. We have to take some loans and my husband does bolt driving sometimes to make some money.

“We have a land too where we have started farming because our house is on two plots of land,” she revealed.

“Even when there was no strike, some of us made the best use of our legitimate second hustle without affecting our main job, which of course in a time like this we always fall back on,” he said.

Lamidi who is Chairman of Ondo State NIPR said many lecturers were going into business, supermarkets and business centres.

He, however, said the ongoing strike is for the betterment of the nation’s educational system, but quite unfortunately it has posed many implications for them.