Not yet uhuru for PDP 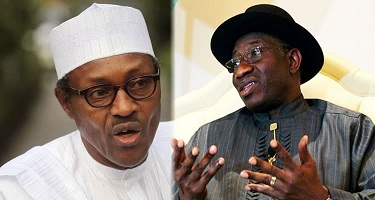 Not yet uhuru for PDP

By Ayodele Fagbohun
|
The Peoples Democratic Party (PDP) is still smarting from its electoral waterloo in the South-West, loss of juicy federal might and abysmal failure to secure foothold in the traditional headquarters of South-West, Ibadan, Oyo State.

Out of sheer maneuverings, deception and cajolery, PDP, a right-wing political outfit in character and in operation, launched an attack by the rear in a blitzkrieg operation during the last general election and achieved pyrrhic victory in Oyo State.

It thus eroded the gains already recorded by Senator Abiola Ajimobi-led All Progressives Congress (APC) and by extension halted progressivism in favour of banal conservational, which is a drag and drawback on the traditional progressive and welfarist politics to which the vast majority in Yoruba nation subscribe.

The new governor of Oyo State,  Seyi Makinde of the Peoples Democratic Party (PDP), should be circumspect and not be unduly carried away by the recent controversial victory at the polls.

Instead of being at his desk to cogitate and confront squarely the herculean, onerous, but not insuperable difficult assignment of governance in a peculiar circumstance of Oyo State, the governor is gallivanting all over the place, basking in the euphoric and phony celebrations as governor.

Makinde was in Akure, the Ondo State capital, recently, during his family’s thanksgiving at St. David’s Anglican Cathedral, Ijomu, Akure.

Overwhelmed by the concourse of the congregation at the Cathedral of St, David, one of the most outstanding and prominent church assemblies that usually attracts notable dignitaries from all walks of life, the executive governor could not contain his inner state of happiness.

He veered off the mark, made some spurious and foul political statements; and either wittingly or unwittingly threw down a gauntlet.  Makinde said amongst other things: “The church must organise to participate actively in politics.  As you all know, election would soon come in Ondo State.  I will also be here to campaign; so the church should be ready to participate.”

The Governor of Oyo State, Seyi Makinde, has ostensibly come to Akure to worship and praise God for winning his long sought political laurel without counting the cost, the huge and burdensome responsibilities involved.  But in actual fact, he was in town to prepare ground for an ill conceived electioneering campaign destined to hit the rock for his badly defeated and profligate People’s Democratic Party (PDP).

By this unguarded utterance from the church, the governor all the way from Ibadan in Oyo State has poured gratuitous insult on the intelligence of our good people in Ondo State.  We shall be failing in our duty if we keep quiet.

What is worse, Makinde stirred up the hornets’ nest.  He violated the sacred norm of basic worship and adoration accepted from a true belief and worshipper in the presence of God in this sanctuary.  For according to a preacher, “the church is not the place for horse-trading or bargaining.  Nor is it the place where you can give your worship to God in return for money, for the things that are Mammon’s or anything that smacks of self-seeking or naked self-interest.”

Apart from the naked fact that he is considered a political interloper, he alienated himself from the chosen progressive path of working South West politics.  Seyi Makinde is a political turncoat, an apostate, like a chameleon changing and oscillating political colour and inclination from Social Democratic Party (SDP) to People’s Democratic Party (PDP).  This brazen and nihilist attitude to grasp political power by hook or by crook is not part of the robust political virtue, valour, chivalry and courage that Yoruba political intelligentsia of the left are well known.

The people nay the electorate of Ondo State will not forget in hurry, the erstwhile corrupt and decadent administration led by the People’s Democratic Party (PDP).  The PDP government greedily and callously siphoned the nation’s common wealth and scarce resources without caring a hoot for the nation’s patrimony.  The national assets were criminally sold off with a pittance and with a sense of impunity.  Worse still, PDP chieftains and their collaborators failed woefully to save for the rainy day!.

Under the auspices of the PDP administration across the country, corruption and impunity were rife in public places.  The then president, Goodluck Jonathan, could not decipher stealing from corruption.  That was unprecedented from Nigeria’s former president who laid pious claim to high and sound scholastic attainment!

His wife too, Madam Patience Jonathan  stampeded the governor of her marital state, Bayelsa to award her the position and status of permanent secretary in gross and flagrant violation of the extant laws and provisions of Nigeria’s constitution.  Power enslaves and absolute power enslaves absolutely.

The former First lady, Mrs Patience Ebele Jonathan and her fellow co-travellers in financial crime against the state like Senator (Mrs) Stella Oduah, Mrs Deziani Madueke, former minister still constitute themselves as law unto themselves.  They still remain untouchable even though still at large and like the biblical Cain, the run-away vagabond and mark of fugitive offender placed on him that no one should kill him.

That was the tip of iceberg.  That was the depraved and highly sickening height of political malady,  prevalent in the inglorious sixteen years of lawlessness and official corruption while the PDP was in power.

The country was literally de-oxygenated as the economy was brutally assaulted and mercilessly plundered with reckless abandon by the socially condemned politicians at various sectors of the economy.  The entire citizens were non-plussed, until the divine intervention bailed the nation out from human logjam.  It finally culminated into Mohammadu Buhari-led APC administration having successfully concluded the 2015 presidential poll.

The gargantuan rescue mission still continues in earnest and in ad inifitum under the ongoing same Buhari led-APC government.

Against the untoward backdrop, the rejection of PDP in Yorubaland especially as regards the Ondo State come next governorship election or whenever the whistle blows, is total and no amount of  image laundering and non-performance for 16 wasteful years of misrule can justifiably redeem its lost image and glory.

Nobody regardless his status and position must be in a hurry to jump the gun and start out of the breach of electoral law to articulate for a political party which, when in power sold itself as irritant and drawbacks on the peace and progress of the people in the South West goe-political zone.

The Adebayo Adefarati led Alliance for Democracy/Afenifere-led government in Ondo State (1999-2003) vented its spleen against the People’s Democratic Party on the bestial and corrupt practices rampant at the federal level and how some chieftains of the party pillaged the finances of federal government and some states under its auspices with impunity.

Adefarati, Baba peace was quoted and insisted that, “Those whose conduct remain subject of perennial investigation at the ICPC should face their fate and stop looking for partners in crime.  Our integrity remains intact.  We call on the judiciary to be wary of those who may wish to use our judges for sinister political motives.”

Suffice it to say that the people nay the electorate in Ondo State are very sophisticated, enlightened and wary and won’t sell their votes as their birthright for pittance.  We believe in casting our lot with right candidates, with excellent track records and pedigree, without prejudice to a few that traded off sacred mandate to their eternal peril.

The outlandish and unexpected victory of PDP in Oyo State is nothing to rejoice upon, as it can still be reversed by the electorate in the next electoral encounter, if and when APC and its coalition forces marshal enough  resources and aggressively pursue their laudable progressive policies and programmes with more zeal and momentum.

It is too early in the day for, Seyi Makinde and his PDP friends to count their chickens.  There is  serious work for him to be done as elected governor of the state to positively register his name on the minds of the populace before going outside his domain for political fortune that will eventually turn a mirage and mission impossible.